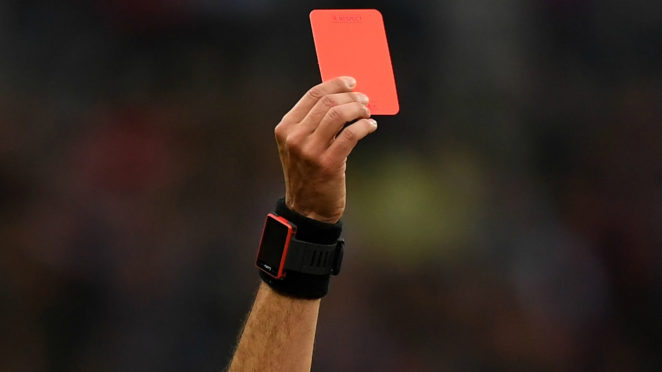 Well, most of us knows that a red card in (most) sports meant you’ve violated some rules or you’ve shown enough bad attitude/disrespect to either the opponent or judge.

In badminton, a card (yellow, red or black) depending on how severe is given for MISCONDUCT, which includes delaying of game or behaving in an offensive manner… You lose a point if you have a red card, and you could be disqualify after receiving 2 red cards.

There was a very skillful, previously world champion who has received 2 red cards for misconduct. (but the umpire allows her to play on). Well, she is known for being quite “disrespectful” to her opponents, delaying and receiving coaching between points, which is not allowed. She also have the habit of not hitting the shuttle back to the opponent side when it’s their turn to serve.

Anyway, after the incident, she seems more respectful now.

Then of course there was some debate over her mannerism – some thinks skills is what counts more than mannerism. There is no need for harsh penalties over “minor” bad manners. While of course some says sports(wo)manship is important too!