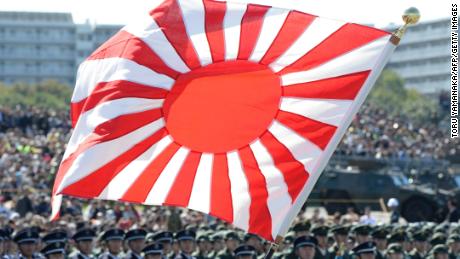 A dispute has arisen between South Korea and Japan over the possible use of a notorious flag by people attending events at the forthcoming Olympic Games, due to be held in Tokyo in July and August 2020.

The Rising Sun flag is not the official flag of Japan but it was used by the Japanese Imperial Army during World War Two, which ended in 1945. South Korean officials have compared the flag to the Nazi swastika and called its potential use “a direct violation of the Olympic spirit promoting world peace and love for humanity”.

On the other hand, the Tokyo Organising Committee have pointed out that the flag is widely used in Japan and is “not considered to be a political statement”.

So what do you think?