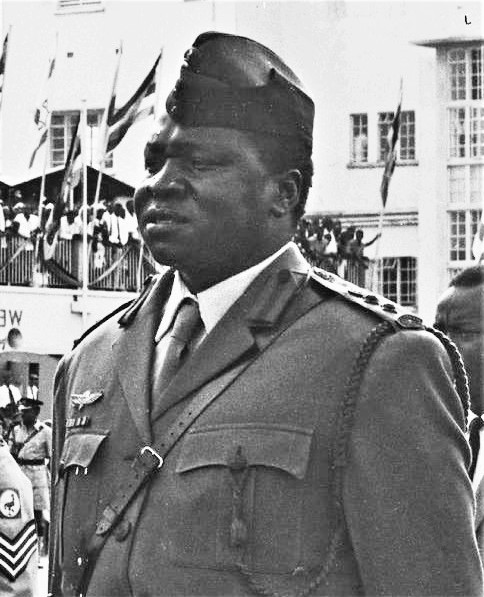 One of the most barbaric leaders in the world, it is estimated by researchers that Idi Amin murdered between 100,000-500,000 people during his reign.

He gained his presidency seat by overthrowing the then sitting president, Milton Obote, another ruthless leader.

I would like to draw here a story told to me by my late primary school teacher. In my last two years of primary school, I was boarding. The school and the dormitories were separate since the school was a day and boarding school.

During the evening class, the teacher, a Ugandan female told us pupils a chilling incident that happened in the school she was learning at.

Idi Amin and his men (I can’t remember whether he was president at that time or not), stormed the school and a confrontation arose between him and the headmaster of the school. The headmaster had refused to kneel before.

Another depressing fact about this dictator is that he promised the crippled that he would help them. Instead, he ordered his men to load the crippled on lorries where there were take to areas near rivers and shot. Their bodies were dumped in the rivers.

He is one person who escaped legal punishment because a country hosted him.