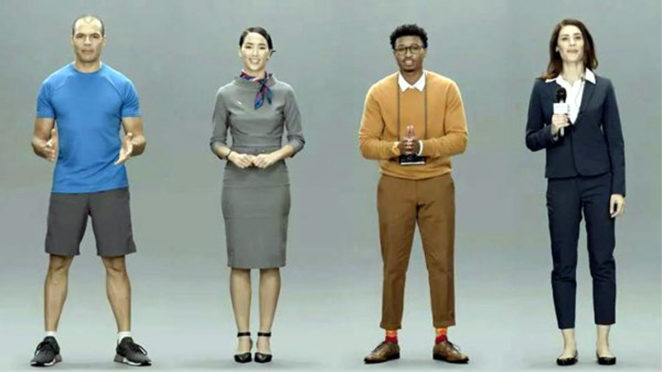 Samsung has presented artificial human beings at the annual ‘Consumer Electronics Show’ Who speak like real human beings, expresses an opinion and answers the question in seconds.

These digital roles have been created by Star Lab, a subsidiary of Samsung, that will soon be used to replace chat bots and virtual assistants. However, Samsung still insists that they should be called “artificial humans” or artificial human beings.

Video chatting bots have been named Neon by Samsung, and characters like Natasha and Frank are also named according to their gender. Neon roles can read news, talk to you, play the role of an interpreter, and even replace movie actors. In addition, you can make them lonely companions and friends if you wish. All digital humans work with artificial intelligence. If you are depressed, they show empathy and may even be surprised at something.

Pranu Mastri, who plays the most important role in making neon, says that all the artificial characters are constantly learning. They also have memories And remember you yourself. Similarly, if you go to them several days later, they will say, Where have you been missing for so many days?

This is why all digital characters are given their own names rather than chat bots that also reflect their personality. All the characters look original and react in less than a second. Artificial humans can also be integrated into video games with emotions.