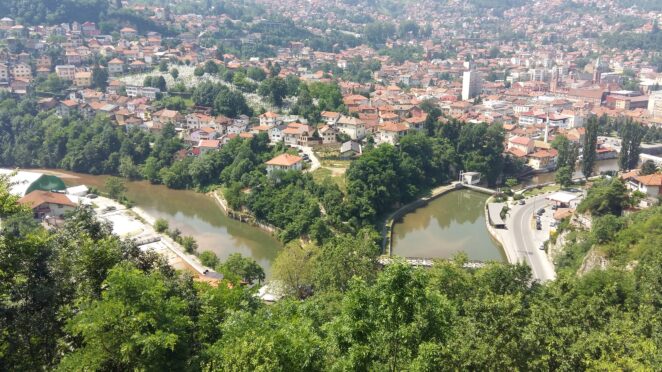 I visited this place a few years ago. I climbed a nearby hill where there is a beautiful view of the whole city and the river.

Sarajevo is the capital of Bosnia and Herzegovina and its largest cultural, economic, and transport center.

The urban image of the city is characterized by numerous religious buildings, mosques from the Ottoman period, Orthodox, Catholic and Evangelical churches, Jewish synagogues, and other cultural and historical sites. Sarajevo is a relatively small city compared to the world’s major capitals, but its name is better known than some other major cities due to its rich spiritual, historical, and natural appearance.

Tourists of the most beautiful city in the Balkans are, of course, catered for in many hotels, apartments and private rooms, which offer good accommodation and catering for relatively little money.

In 1984, a fire IX broke out in the city. of the Winter Olympics, and the famous mascot of the sports world became Vučko.