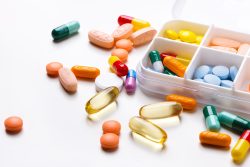 It is common when we read about a new medication find the term placebo effect. The placebo is in simple terms a medicine, injection or false surgery without any therapeutic value. It is used in the conduct of studies that help researchers understand the effect a new drug or treatment has on a particular condition. The new drug is given to one group of patients, while the other group is given such a placebo – yet neither of which knows what it has taken.

The placebo effect refers to the ability of a patient to believe that he or she was effectively treated, although no actual medication or therapy was administered to the patient. Some people even experience secondary reactions after taking a placebo.

Doctors believe that the placebo effect boils down to patients’ own expectations – that is, we take a pill and hope that it will have some effect, so the body’s own chemical processes can have effects similar to what the medication could cause.