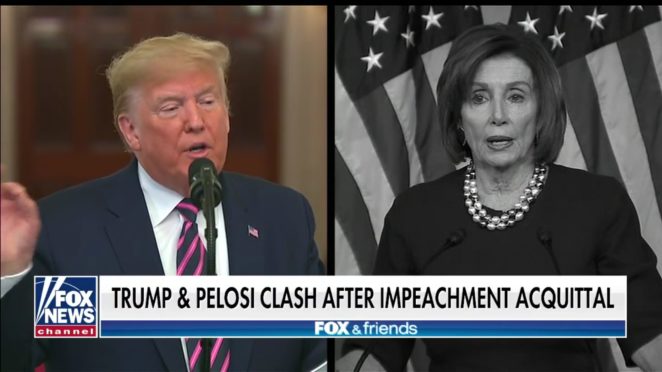 It’s very telling. Pelosi’s seething to a boiling point of madness beat the predicted 11-year catastrophic climate-change out of its hell fire revenge on the world. Pelosi made the first  2020 world record melt-down– hostile than global warming.

Indignant when asked why she ripped asunder all that was recorded from the official copy of President Trump’s SOTUS address to every American. She said, without taking a deep breath, “I ripped the manifesto of mistruths.”

Furthermore, Pelosi added,  “I defended the Constitution and am protecting the entire American people from hearing and believing the lies this forever-impeached President is saying.”

She has proven, matter of factly, that climate-change is not after all,  “The threat to our Constitition and our country.”

“TRUMP IS. HE IS THE DEVASTATING RESULT OF OUR 2016 ELECTION, IMPACTING OUR WORLD IN DANGER.”

The display of tantrums, undignified and bitter response to America’s state to affairs, probably, the side-effects of the Democrats’ failed atrempt at removing Trump from Presidency and after Trump’s impeachment acquittal.