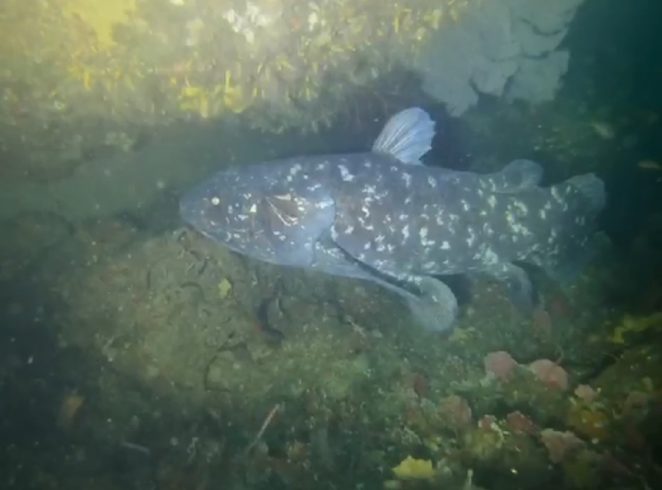 The person making the announcement of the discovery was so excited, he was almost hysterical and shouting at the top of his voice. His diving partners thought they were under attack from a Megalodon, a mean brute, giant prehistorical shark.

According to Wikipedia,”This extremely rare sighting was made at a depth of 69metres along the reef at Pumula, off the South Coast by Aan Fraser. The Coelacanth is a prehistoric fish, known to have been living around 400million years ago, Coelacanths were thought to have become extinct in the Late Cretaceous, period, around 66 million years ago, but were rediscovered in 1938 off the coast of South Africa”, they said.