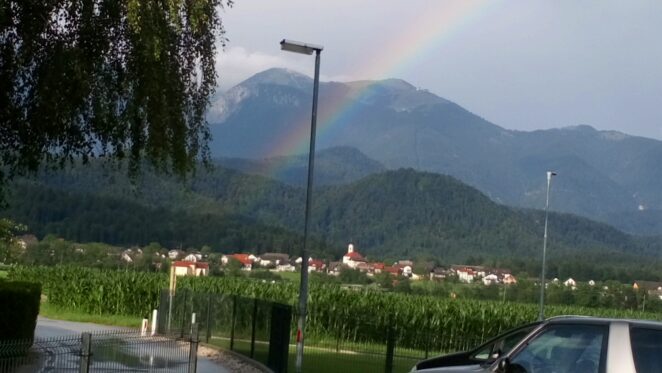 Nature does many miracles. Some we are aware of, others we are not. This is one of the miracles. I am seldom lucky to be able to see this miracle. It’s a rainbow.

A rainbow can also form near a fountain or a waterfall irradiated by the sun.