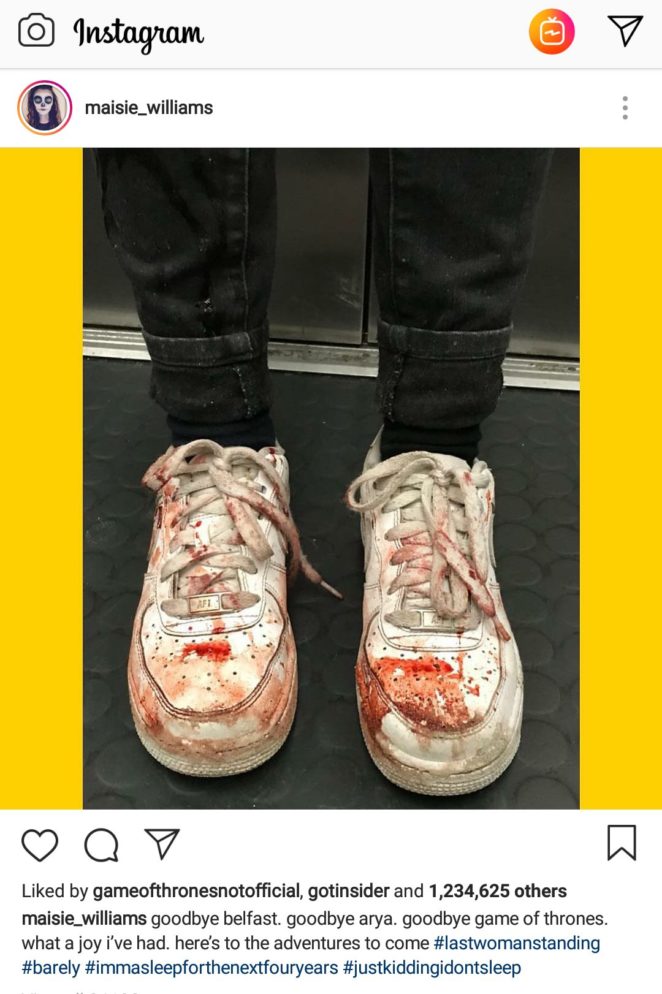 Maisie Williams, a young British actress who plays as Arya Stark from the world’s most pirated TV series on Earth, Game of Thrones, just left a mind-boggling spoiler alert from one of her latest posts.

She took a photograph of her bloody shoes with this caption: goodbye belfast, goodbye arya. goodbye game of thrones. what a joy i’ve had. here’s to the adventures to come.

This conundrum she left on her account remains one of the mysterious curiosity among avid viewers of GOT.

Well, can’t wait for the last season of Game of Thrones next year. Hope the season 8 won’t be leaked to avoid spoilers.