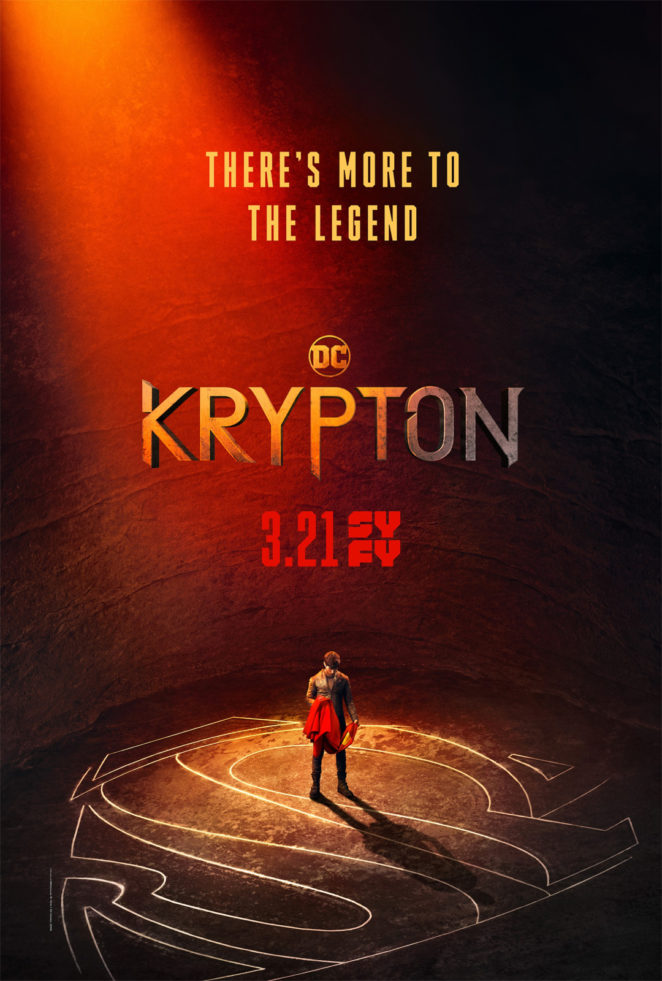 Krypton is an American TV series that was developed by David S. Goyer for basic cable and satellite TV channel named Syfy. The series for its first season consists of 10 episodes and just in May 2018, Syfy renewed its second season, which is expected to premiere next year.

The series is all about the eponymous fictional planet known as Krypton that focuses approximately 200 years before the birth of Kal-El (aka Superman) and the imminent destruction of the said planet. It also tells the story of his grandfather named Seg-El, whose family, the House of El, has been shamed and ostracized. Seg-El fights to take back his family’s honor and save his beloved world from chaos against Brainiac.

The series is cast by British actor Cameron Cuffe (William Shannon of The Halcyon/ Gino of Florence Foster Jenkins) as Seg-El, a young, brilliant scion of the House of El, fated to be Jor-El’s father and Superman’s grandfather; award-winning British actress Georgina Campbell (Ashley of Murdered by My Boyfriend/ Amy of Black Mirror/ DC Katie Harford of Broadchurch/ Kay of King Arthur: Legend of the Sword/ Abigail of Flowers) as Lyta-Zod, a commander in the Kryptonian military guild known as Sagitari, who is in a clandestine relationship with Seg-El; award-winning Canadian actor of Croatian descent Shaun Sipos (Daryl of Texas Chainsaw 3D/ Brad of Insomnia/ Wyatt of the Sandman/ Aaron Whitmore of The Vampire Diaries/ Eric Daniels of Life Unexpected/ David Breck of Melrose Place/ Nick of ER/ Michael of The Grudge 2/ Frankie of Final Destination 2/ Chloe’s Boy Thing of Smallville/ Jack Savage of Complete Savages/ Brandon of Superbabies: Baby Geniuses 2) played his role as Adam Strange, a human from the future who came to Krypton and forewarns Seg-El of Brainiac, and tells him of his yet-to-be born grandson Kal-El, better known as Superman. 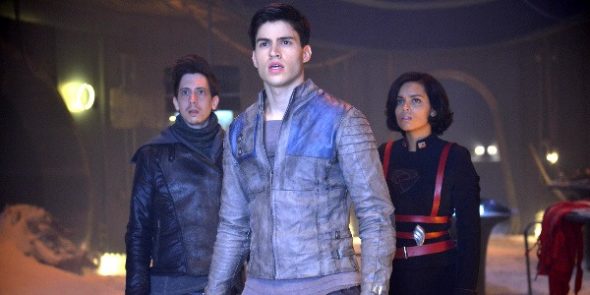 British actor Elliot Cowan (Ptolemy of Alexander/ Commanding Officer of The Golden Compass/ Mr. Darcy of Lost in Austen/ Abrecan of Beowulf: Return to the Shieldlands/ Lorenzo Medici of Da Vinci’s Demons/ Gunnar of Sinbad/ Bentley Warburton of The Frankenstein Chronicles) played the role of Daron-Vex, the chief magistrate of a city from Krypton known as  Kandor, who is also charged with defending Krypton’s oligarchy; British actress Wallis Day (Violet Lookalike of The Royals/ Cressida of Will/ Lucy of Between Two Worlds/ Olalla of Jekyll and Hide) also cast as Nyssa-Vex, a junior magistrate who also loves Seg-El and also the daughter of Daron-Vex. 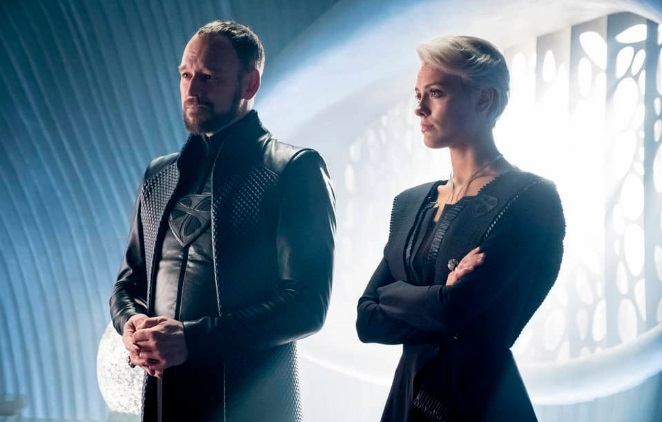 English actress Ann Ogbomo (Philippus of Wonder Woman and Justice League/ Camp Humphrey’s soldier of World War Z/ Lorna of Honeytrap) played the role of Jayna-Zod, the Primus of the Kryptonian military guild Sagitari and mother of Lyta-Zod; British actor Colin Salmon (One of Resident Evil/ Paul Budiansky of Punisher: War Zone/ Maxwell Stafford of AVP: Alien vs. Predator/ Tariq of The Musketeers/ Walter Steele of Arrow/ Aglain of Merlin/ Dr. Moon of Doctor Who/ Charles Robinson of Tomorrow Never Dies) played his role as the future son of Lyta-Zod and Seg-El known as General Dru-Zod. 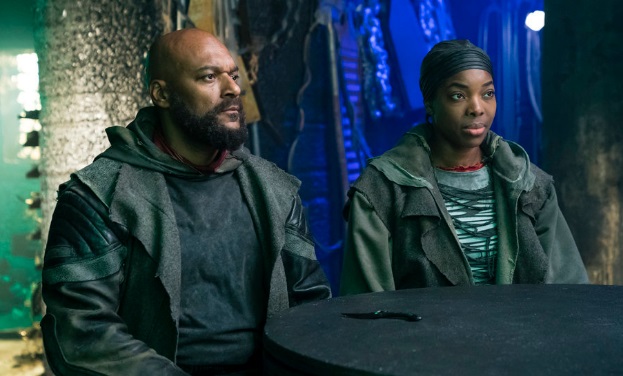 British actor Ian McElhinney (General Dodonna of Rogue One: A Star Wars Story/ Barristan Selmy of Game of Thrones/ Pope Clement VII of The Tudors) played his role as Seg-El’s grandfather named Val-El, who defied death by going to the Phantom Zone and is a staunch believer in space exploration. 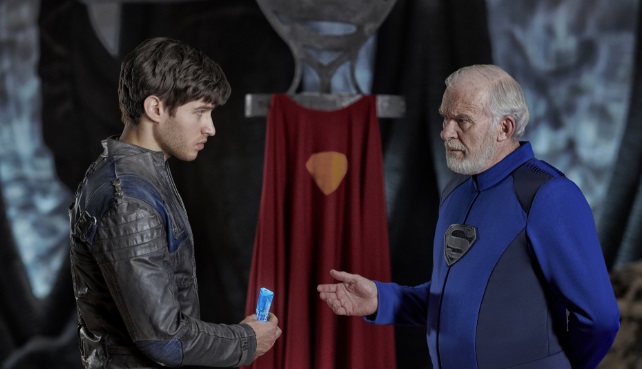 British actor Aaron Pierre (Antonius of Britannia/ Terrence O’Duncie of Prime Suspect/ James Thorne of The A Word) played the role of Dev-Em, a commander in the Kryptonian army who is engaged to marry Lyta-Zod. 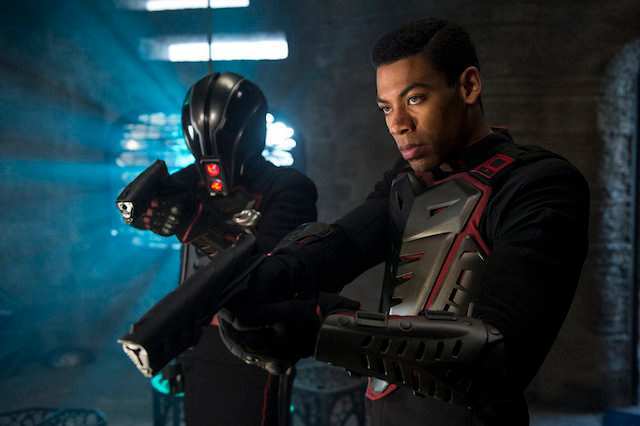 English actor Rasmus Hardiker (Courtney of Your Highness/ Terry of Cockneys vs Zombies/ Ben of Lead Balloon) played the role of Kem, an engineer and Seg’s best friend. 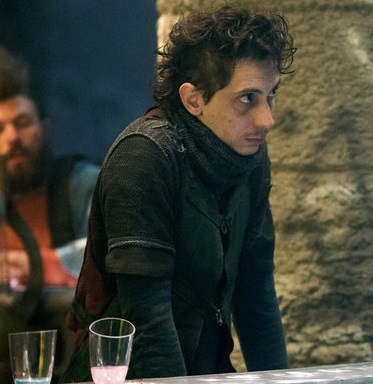 Four-time award-winning British actor Blake Ritson (Girolamo Riario of Da Vinci’s Demons/ Edward III of World Without End/ Rob of Love Hate/ Drowned Sloane of RocknRolla/ Glenn Millberg of For Elsie) played the role of Voice of Rao and as Brainiac. Voice of Rao is Kandor’s chief religious figure who becomes infected by Brainiac, a parasitic alien android that is dubbed as “The World Collector” who seeks to destroy Krypton. 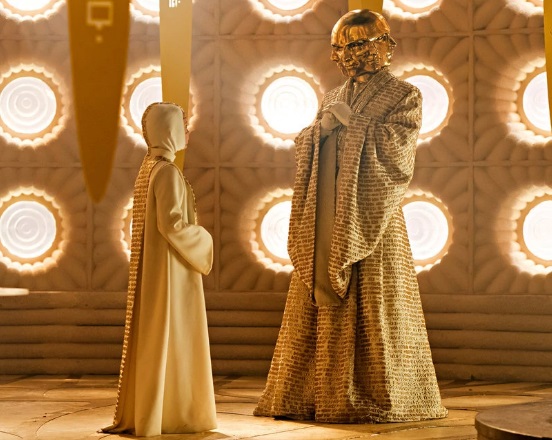 Hawkwoman was originally announced to appear in this series, yet it was later announced by the showrunners that they had decided not to include Hawkwoman due to her not fitting into the ongoing storylines.

In June 2016, production on the pilot was slated to begin later in the year in Montreal and by September 2016, the pilot was to be filmed in Serbia by Colm McCarthy.

According to a famous American review aggregation website known as Rotten Tomatoes, Krypton holds a score of 60% based on 35 reviews, with an average rating of 6.31/10. The site also has its critical consensus that reads:

“Krypton‘s eccentricity declines into silliness with a dull narrative that fails to fulfill a promising premise.”

On Metacritic, the series has a weighted average score of 53 out of 100, based on 14 critics, indicating “mixed or average reviews”. However, IMDb (Internet Movie Database),  the world’s most popular and authoritative source for movie, TV and celebrity content, gave an average score of 7.2/10 based on 7004-star ratings. 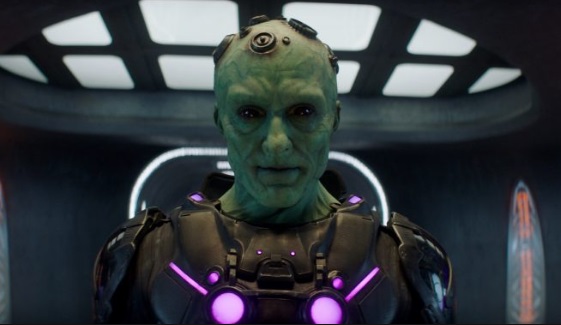 According to a site fandomspotlite upon watching its pilot episode:

“Krypton is all the weird, science fiction stuff you loved (and wished there was more of) in Smallville and Supergirl, minus the limitations from the studios. Despite having some clunky first episode dialogue and acting, Krypton is a must watch.”

“Krypton is a fun show about an alien world that gets weighed down by the Superman stuff. It’s also a new Syfy drama that does have the Game of Thrones potential.”

Based on my own review, Krypton indeed has the potential to acquire a much higher rating for its upcoming seasons, since this series mainly narrates Kal-El’s home planet where his origin was foretold. The series also focuses on the varied houses that lead the city of Kandor, as they fray for the advancement of technology and warfare, as well as leadership among Kryptonians. If you are looking for a series with science fiction added up with some sort of time travel and flashing back of the origins of Superman, then this one suits your gusto, especially if you’re a big fan of DC comics too.

Though this series from DC  got its low ratings from among famous critic sites, I know this one will improve its story-lines in upcoming seasons (if lucky enough after season 2). A considered prequel to the famous decade-playing TV series from 2001-2011 Smallville, this series will certainly bring you to the past how Superman escaped from his planet doomed to chaos.

I give my 7/10 for this latest DC series and two-thumbs up! 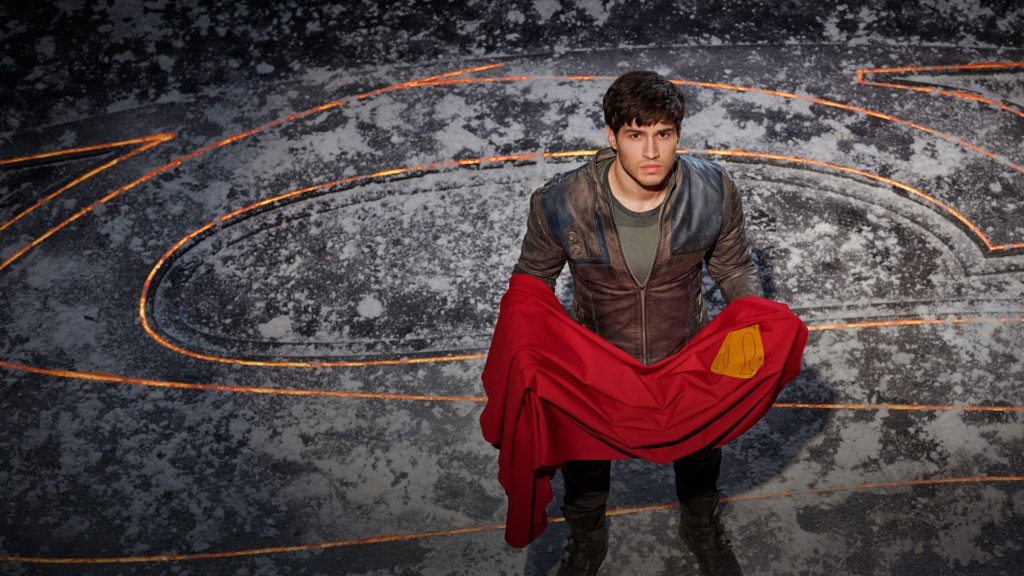 If you haven’t watched this TV series yet, here’s the official trailer below in courtesy of Rapid Trailer YT channel: