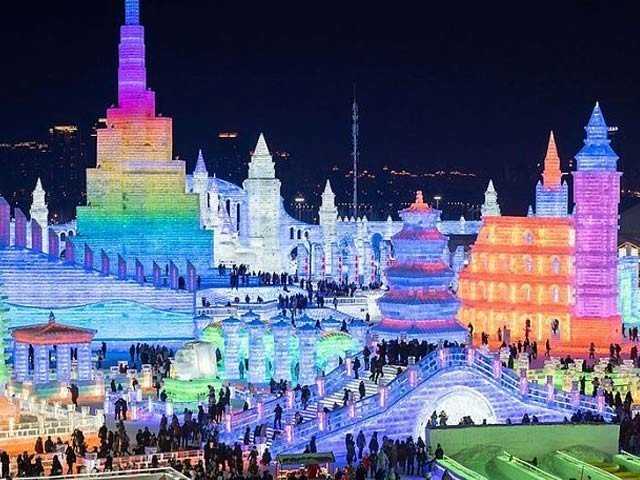 Chinese city of Harbin created colorful snow-capped miniature masterpieces that are simply wonderful to see. , The festival has a historic significance, known worldwide as the ‘Harbin Sculpture Festival for Ice’. For the past 21 years, the festival has become the world’s largest snow and ice festival year by year.

There is also a competition for the best snowflakes, and prizes are also given to the artists carving snow. ۔ Be clear the city of Harbin is one of the coldest areas of the world, but people come to see it in severe frost. According to some people, the process of making a masterpiece of snow started here before 1999, but it started to known internationally in 1999 and now the name of the Harbin Festival is known worldwide.

According to the fair’s management, only highly trained specialists can do a fine art work and it only takes several months to work on a sculpture.