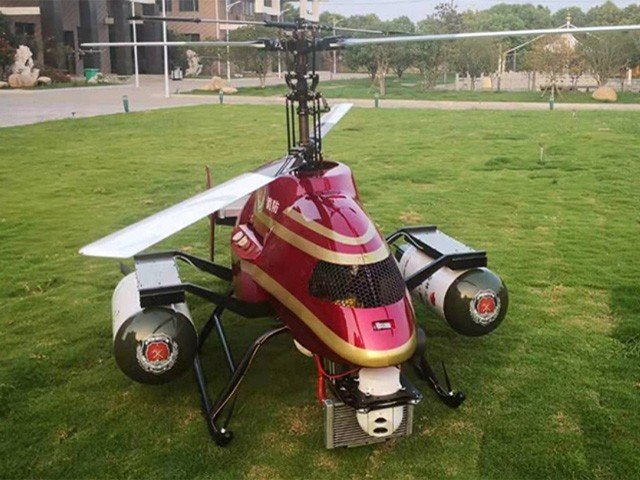 The Chinese company has developed a drone that can drop a bomb in a dense forest in the event of a fire and drop a flame at 50 square meters.

The devastating Amazon and Australia forest fires last year forced the world to think a lot. In the same context, the Chinese company has developed a drone helicopter equipped with fire extinguishers that can cool the flames by going deep into the jungle.

This drone helicopter can fly without a human being. To the right and left of it is a two-cylinder bomber cylinder with a fire extinguisher. The drone helicopter has been developed by the Chilling UAV Company and the model has been named JC-260.

To the right and left of the helicopter are two fire extinguishers that can be dropped simultaneously or separately. A canister can drop the fire at least 50 square feet of forest.

Helicopter drones carry rotor petals to carry heavy bombs, each of which is slightly more than three and a half feet in diameter. It has a 34-horsepower engine that allows it to run at speeds of up to 100 km. Once refueling, the helicopter can fly three to four hours continuously.

It has a latest camera mounted on it and any expert on the ground can operate it with a remote control, and with the press of a single button, it can drop fire bomb.