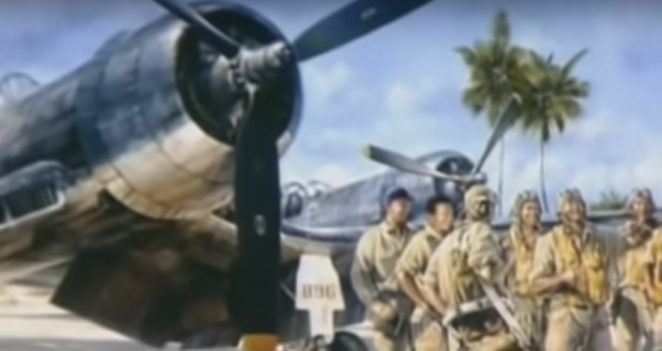 Even this larger than life war hero, Colonel Gregory Boyington had to be brought down to meet his mortality, when at the age of 73 this giant of a man was hospitalized for cancer in 1968 in Fresno.

Two of his original Black Sheep fighter squadron visited him in 1988, one was Ned Corman and the other was Fred Mouch.

Fred Corman recalls looking at “Pappy”  Boyington, the nickname his pilots had given him in WWII, he was just horribly emaciated by the disease, he leaned over and said to him:” Hey, Pappy, you get your but out of here, you’ve been in tougher spots than this.” Pappy replied, saying: “Well Ned, there are times you get into a situation when the odds are completely against you and you can’t do a damned thing about it…

“Greg Boyington was definitely an Icon because, to begin with, an icon has to be larger than life and Greg was. Icons have to have “cool” nicknames and Greg did. You can’t be an icon and be a pretender because you’ll get busted and Greg wasn’t.”

So, who was this remarkable, even controversial man? Well watch this true story about Colonel Greg, “Pappy” Boyington, squadron leader of “The Black Sheep”