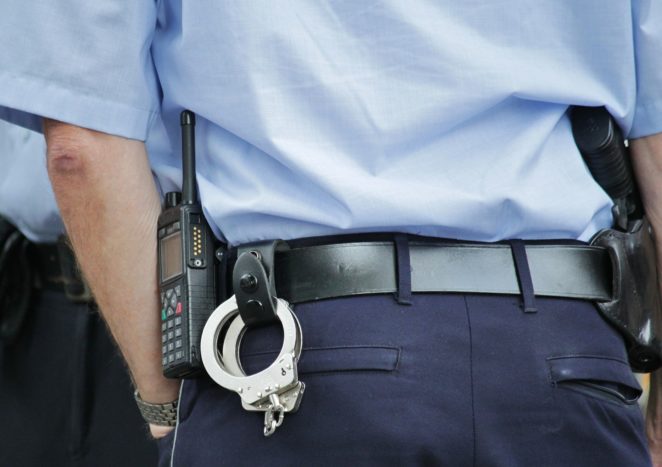 A young friend of ours was pregnant when four men arrived to fix the phone. The phone had been fixed the day before. She told them this. They, however, insisted on coming into her house. She instantly realized they were criminals and said that her husband was in the house, which was a lie because she was alone. They were cunning and asked her to fetch him. Between her and them were a six-foot steel gate, her Alsatian dog and a locked door.

She was absolutely terrified and her legs were starting to shake, but she pretended to be unperturbed. She told them to wait and I left for a few minutes, then returned to the window and said he was too busy on the computer and that they needed to come back the next day.

They left. She then phoned the phone company and they said they had never sent four black technicians and at that point, they only had white staff. She immediately called the police. Four police officers arrived, including two policewomen. She told them what happened. They searched the property and the immediate vicinity then waited for them to come back because, by her description, they knew them to be criminals.

They never did come back. It’s South Africa, there are 52 murders per day, so a person doesn’t just get robbed; it escalates to the next level of violence. When a woman gets raped, they torture their victims and finally murder them as a matter of course.

To this day she is surprised that she managed to fend them off and save herself and her unborn child from a gruesome death because these criminals are usually very determined. At the time her dog was still a puppy and though big, he was quite harmless. Their protective instincts kick in at around two years of age. The fence could easily have been scaled by them. She thinks that her pretending to be calm and unperturbed made them believe her ruse, though, at the time, her knees were shaking so badly they almost gave in. Her requesting them nicely, to return, the next day seemed to convince them as they left immediately afterward.

They probably did try to come back, again but when they saw the police vehicles, patrolling they gave it up. This happened a few years ago and she doubts that any of those criminals who tried their luck with her are still alive. In spite of the negative publicity they get, South-Africa’s police are well trained and experienced professionals. The next time those men tried that trick… They were probably sent straight to hell.