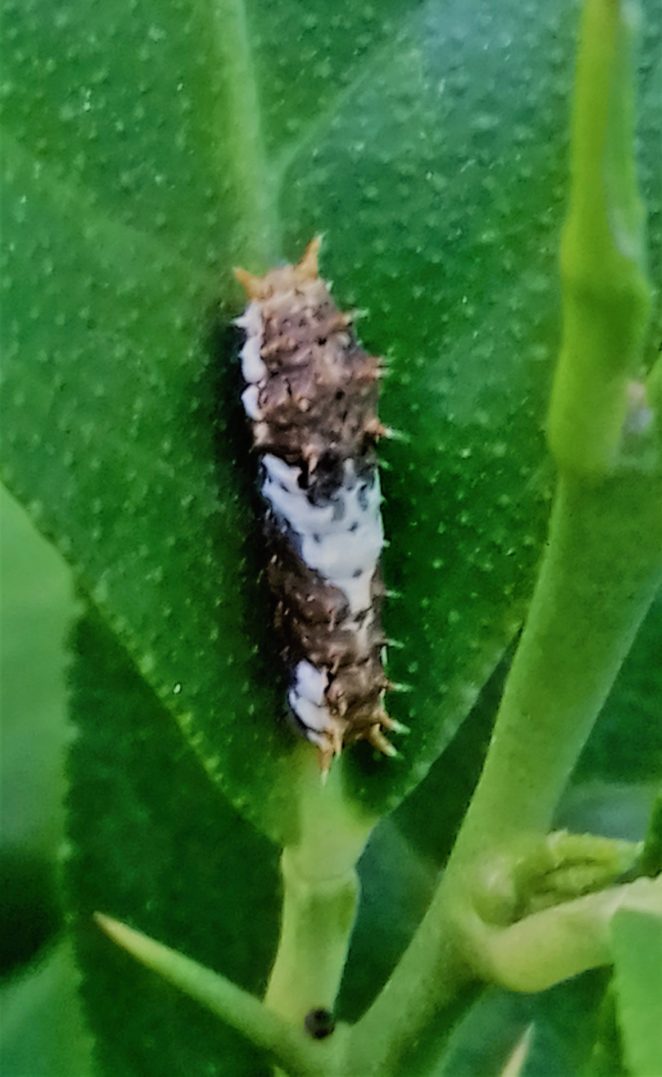 In recent days, there have been a lot of caterpillar droppings on my back porch adjacent to some bonsai. I thought it came from around the tamarind tree bonsai but it turned out that it came from an orange caterpillar that ate lemon tree leaves until almost yesterday and today was partying in a kawista tree bonsai which you might also know as wood-apple or elephant-apple  (Limonia acidissima).

Remembering this is a picture for the Saturday’s Critters Challenge, and we need to take a break, this time I don’t want to burden anyone’s mind with heavy thinking. Especially also because DocAndersen kept counting the days where he felt I had forced him to think, even though he also knew that 80% of my posts had the same nuance. So let’s just look at this type of caterpillar which only eats orange leaves or plants that are still included in the citrus family (Rutaceae).

At that age, the creature is still disguised as bird droppings and will change in time to become similar to orange leaves before later, you or we all know that it will become a butterfly.

Alright, just look at the picture, read the explanation lightly, and don’t think of anything about the caterpillar. Don’t.