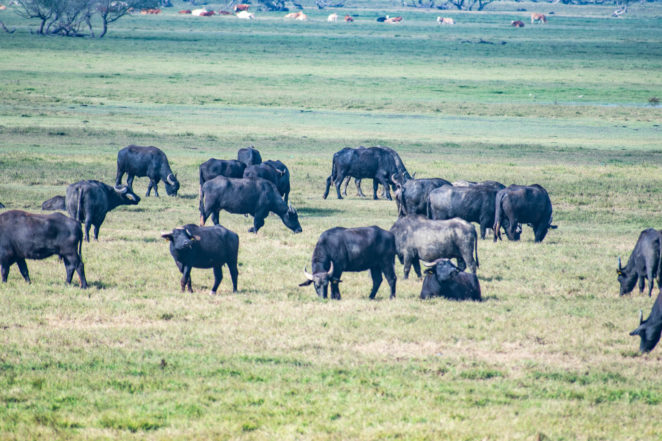 They are large and healthy mammals with dark skin and huge horns.

When I was a kid, my father’s parents raised such animals in the countryside.

Their milk tastes amazing and high in fat.

At one point, the population of these animals dropped dramatically.

The reason was that there were mostly elderly people left in the countryside and no one was raising them.

Unlike neighboring Greece, the necessary subsidies for raising these animals are not given in Bulgaria and their farmers have been forced to sell them.

These photos were taken in the fields near Lake Kerkini, where there are large farms for growing Domestic water buffalo.