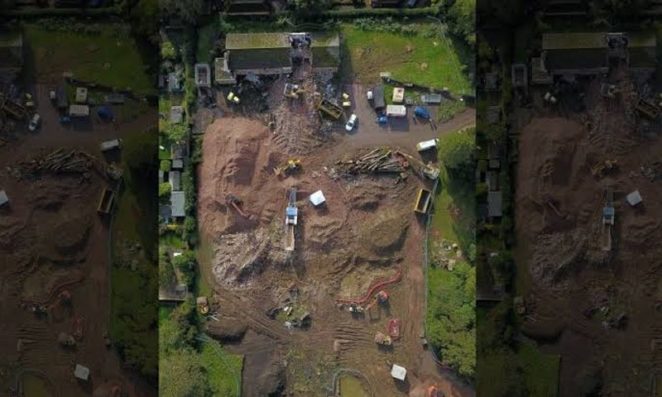 The mystery of the history of human remains discovered in an ancient British building. Human remains were discovered during an demolition of an old building in October last year, which was later sent to the lab for testing and now it is revealed that the remains are 1400 years old.

Workers were cleaning the area after the building was demolished last year when human bones were discovered. Police and archaeologists were later called to the scene. Who used carbon dating to confirm the bones, suggesting that these human remains date from 635 to 685 BC.

After the discovery, some people there said that the bones were probably there years before the building was built, while some declared the discovery “mysterious.” According to the 65-year-old teacher who lives near the building, ‘when there was silence, there was always a strange sound coming from the building, which was very scary’.

Police said the matter was under investigation for several months. Archaeologists are also trying to find out what remains, and many details are yet to be revealed.