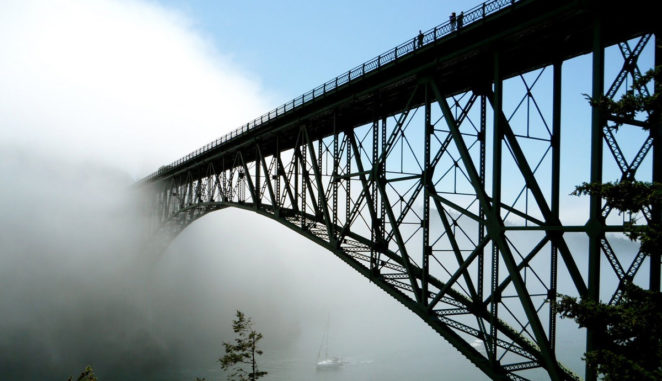 By the way, there are countless natural places in the world that humans can’t even imagine that such place even exist,  but there are also some places that humans have used their potential and they are their own example.

Let me take you on the most dangerous bridge in the world, You will also be amazed to see the bridge that it is not  out of danger to travel on.

The Deception Bridge is in Washington that connects two local islands. Before the bridge was built, ships had to travel a long way from island to island. Although the bridge is safe but it is 180 feet high, which looks quite dangerous.