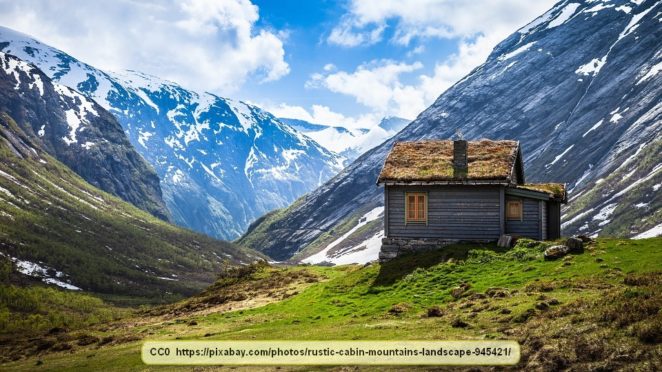 How do you deal with those ‘what if’ times in your life? It can have more of an impact than most people think.

The following is an analogy and didn’t actually happen. However, there is a point to it.

I went to work for Old Man Seth as a ranch hand, having been a wanderer for some years. Seth was a kind and gentle sort of man, though he looked like he’d been chiseled out of rough granite. He explained that the work would be hard, but I’d have pay, a place to stay, and food to eat.

His ranch was in a rocky area where few things grew, though pine trees and junipers had found a way to take root and just enough grass grew that Seth had a few cattle. Seth struck me as a little odd, though. He obviously had money for finer things and didn’t need to work as hard as he did, but refused to have anyone do work that he wouldn’t do himself.

For example, one of the first things he had me help with was to erect a shelter for the cattle; not much more than some posts with a roof over the top. Sinking posts into that hard, rocky ground was extremely difficult. And yet, Seth had a sturdy barn that was easily big enough for the cattle to shelter in. The problem was that the barn was mostly filled with lumber, fence posts, wire, blankets, clothing, and what-have-you.

It would have been easier to move that stuff out of the barn and use the barn for the cattle. There was no reason for him to have all of the lumber anyway. In fact, he brought in more lumber from town to build the shelter. When I asked about such things, he would give me cryptic responses that didn’t seem to fit the question.

He said, “If you worry and fret about the snow, you’ll be miserable, but the same amount of snow will fall.” Huh?

Speaking of snow, we worked for days on the shelter and just got it up when the first snowflakes began to fall. Soon, it was really coming down and I was thankful to have a warm place to bunk.

Around midmorning, there was the smell of smoke. I was worried that it might be a forest fire, but Seth wasn’t concerned. He said, “Son, you need to learn to act instead of reacting.” Okay, that had nothing to do with fire, but I wasn’t about to point it out. It was cold out there!

A couple of hours later, there was a knock at the door. It was a man, a woman, and two young children. All of them looked like they’d been rolling in soot. Seth introduced them as neighbors after inviting them in. Then the man explained that his home had just burned down. That was the smoke that we’d smelled. Everything had been destroyed and the man wanted to know if he could get a lift into town for him and his family.

Seth smiled and said, “There’s no need. You can stay here until we are finished rebuilding your house.”

The man was as surprised as I was. But Seth meant it. With Seth, the man, and me doing the work, and using the posts and lumber from the barn, we transported everything over the ridge and rebuilt the man’s house. When that was done, Seth gave them food, clothing, blankets, and other needed items from the pile in the barn. I never saw such appreciation and admiration that the family gave to Seth.

It was afterward that Seth spoke to me as a father would to a son.

“People worry about what might be and that they can’t control. They react. Instead, think about what is and act. If you prepare, you don’t need to worry. The shelter would never last the winter, but now the cattle can use the barn. We were able to make a difference and they helped me in return, all without worry.”