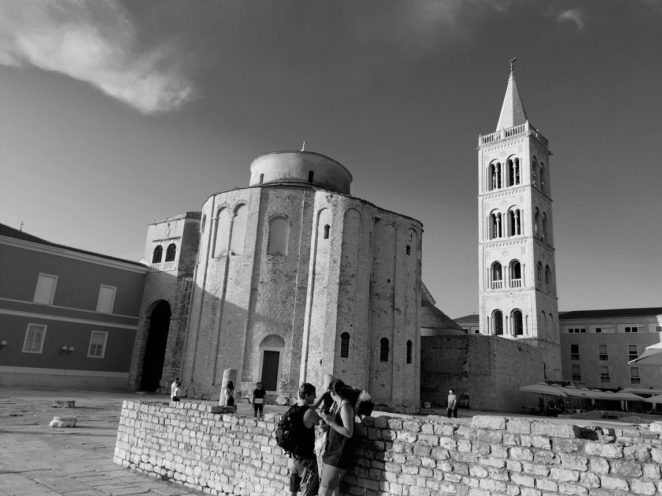 I haven’t shown you any other beautiful churches in a long time. This picture was also taken during my vacation last year. The church of St. Donatus was built in the 9th century. It is a symbol of the city of Zadar. The credit for its erection is borne by St. Donat, and its name has only been around since the 15th century. The ruins of Roman cities were used to build the church. The Church of Saint Donat is famous for its wonderful acoustic features. For this reason, it has been hosting an international festival of medieval and renaissance music for about 30 years.