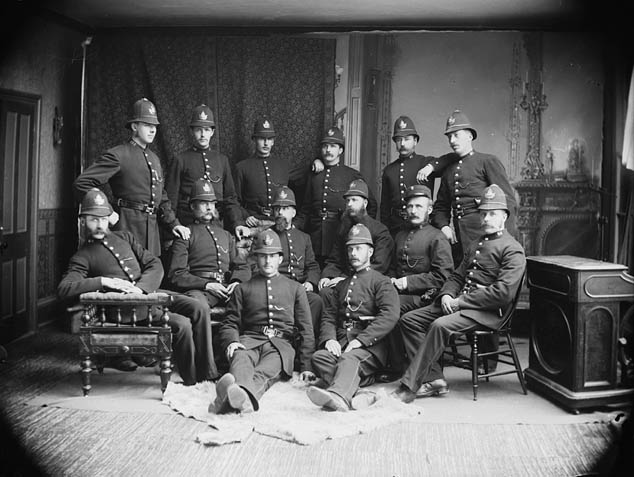 Loyal fan of a television series that revolves around the crime-solving adventures of a Canadian Sherlock Holmes.  Yannick Bisson stars as William Murdoch. The TV series is based on characters from the novel series by Maureen Jennings.

Love it when he says that! It’s how he introduces himself to others.

The setting is the late 1800s / early 1900s. He often rides a bicycle to the crime scene. The main plus for this series, that most ladies will appreciate, is that William Murdoch is very easy on the eyes. But ladies. You can only ogle him. You can not touch. He has a love interest, Doctor Julia Ogden and he is hopelessly devoted to her. Though their relationship is strained by outside forces, when they work together and combine their intellects they create magic and solve the mystery!

Another plus are the references to or incorporation of historical figures into the plots. One episode had Sir Winston Churchill and another episode had Thomas Alva Edison.  Don’t know much about the history of Canada or the relations between the governments of England and the United States of America during the time period.  For me, this television program is very educational, as well as being an entertaining piece of historical fiction and romance.

Would recommend this series for binge watching.  If you’re not hooked after Season One, then don’t bother.  The first episode of the first season hooked me and reeled me in.  There is also a movie version which stars Keeley Hawes (Zoe from “MI-5”.)

16 Reasons Everyone Should Be Watching “Murdoch Mysteries”

Image credit:  A real photograph of the Toronto Police in the  19th Century; William James Topley [Public domain], via Wikimedia Commons.  (The TV show did a good job of recreating the time period.)

Murdoch Mysteries, Season 1 ( https://t.co/u6wlqMsxU3 ) #entertainment #Mystery #crime ~ The #TVseries is based on characters from the novel series by Maureen Jennings. Stars #YannickBisson and #HeleneJoy ~ 1200+ Customer Reviews ~ Series rated 4.5 out of 5 stars pic.twitter.com/qiJwU9B4df