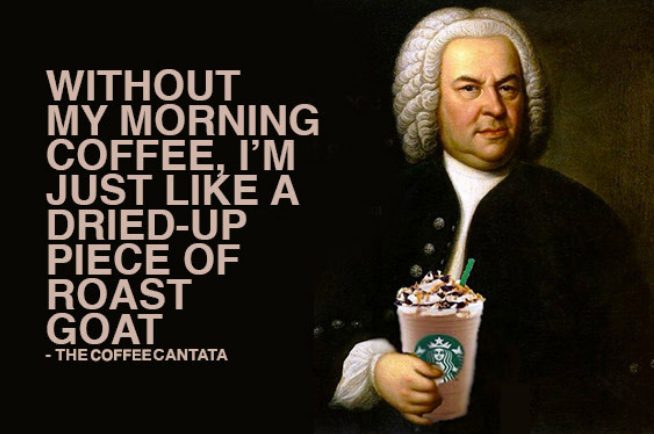 Although Johann Sebastian Bach was a genius and a famed Baroque composer, he had an acute coffee addiction; he even wrote a mini-opera about coffee obsession called Coffee Cantata. This notable coffee fiend, while not well regarded for his humor, turned an amusing poem by Picander, his of timed collaborator, into what was to become the famous Coffee Cantata in 1732.

He composed it as a mockery of the public outcry about the rising popularity of the Vienna coffeehouse scene. In 1732, authorities considered coffee a dangerous societal vice since the free-thinking caffeine guzzling fraternity had plotted more than the occasional revolution from the confines of coffee-houses.