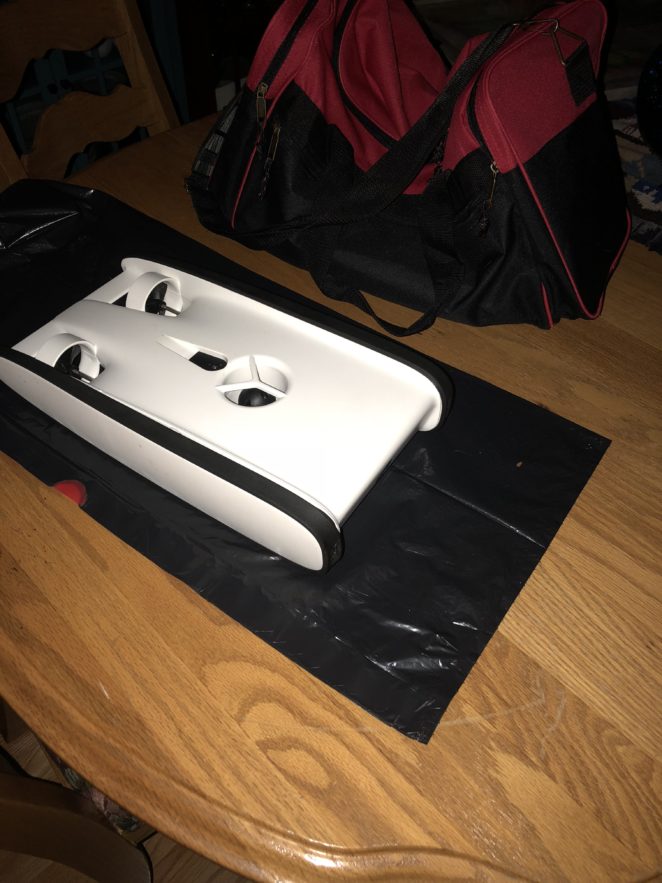 The ROV came home and sat in the garage for a couple of days to dry off. It is naturally buoyant in fresh water, but we found two things in our test “trip.” The first is that the propellers are well positioned, but they still get debris (read seaweed or algae) wound around them. Having had ROV’s in the past, that is an issue that plagues design. You have to be careful how much vegetation is in the water for most ROV’s. Some have metal propellers that are better able to cut through the vegetation, the problem with meta propellers is, of course, you have to clean them or they rust. Plastic is lighter, but it isn’t as effective at cutting as metal is. Anyway, after the little guy dried, I moved him to the dining room table. Next, he goes back in his bag. Eventually, he is going to go on the boat, but probably not this year as the boating season is fading. Mid-October is normally the end of boating season in the Bay area.