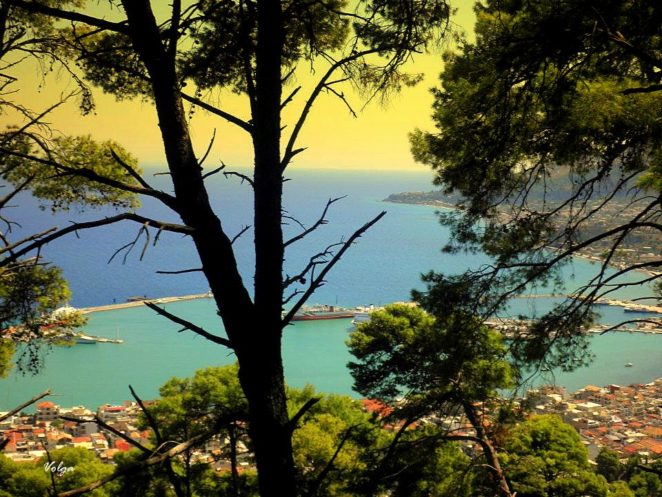 The shape of Zakinthos is an irregular triangle. The northernmost part of the island is Skinari Cape, southeast forming the Lagana Bay, located between two peninsulas, Maratha to the west and Gerakas to the east. The southernmost point is Cape Marathia, located on the peninsula of the same name. The most western point is Cape Plemonari, the eastern Cape Vasilikos on the Skopos Peninsula. Zakynthos is located at almost the same latitude as the Greek capital Athens.

Two islands, Marathonisi and Peluzo, are located in Lagana Bay, and the Strafades Islands are 37 miles south of Lagana. The highest point on the island is Mount Vrahionas (the Rockstart) with 756 mv. The West Coast has a length of approximately 34 km, it is rocky and steep, forming a number of caves and coves. On the east coast, which is closer to the Peloponnese and is 37 km long, there are beautiful sandy beaches.