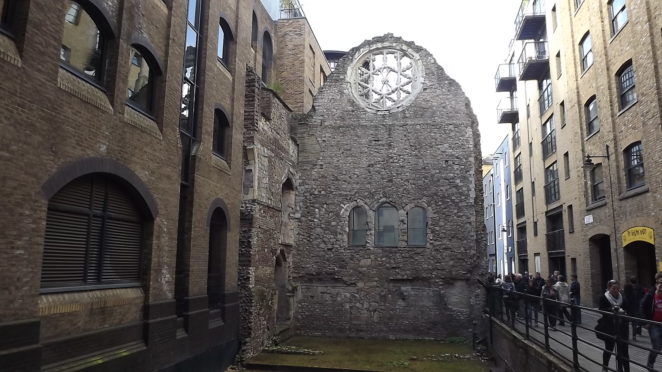 This is the great hall of Winchester Palace – not in Winchester and not much of a palace these days, but it was the height of luxurious living when first built in the 12th century by Henry of Blois, who was the Bishop of Winchester and younger brother of King Stephen of England.

Henry’s diocese of Winchester was rich and extensive, and included Southwark on the south bank of the River Thames, directly opposite the city of London. By building a palace here Henry was right at the heart of things, in terms of politics, but also within his “patch” as a bishop. 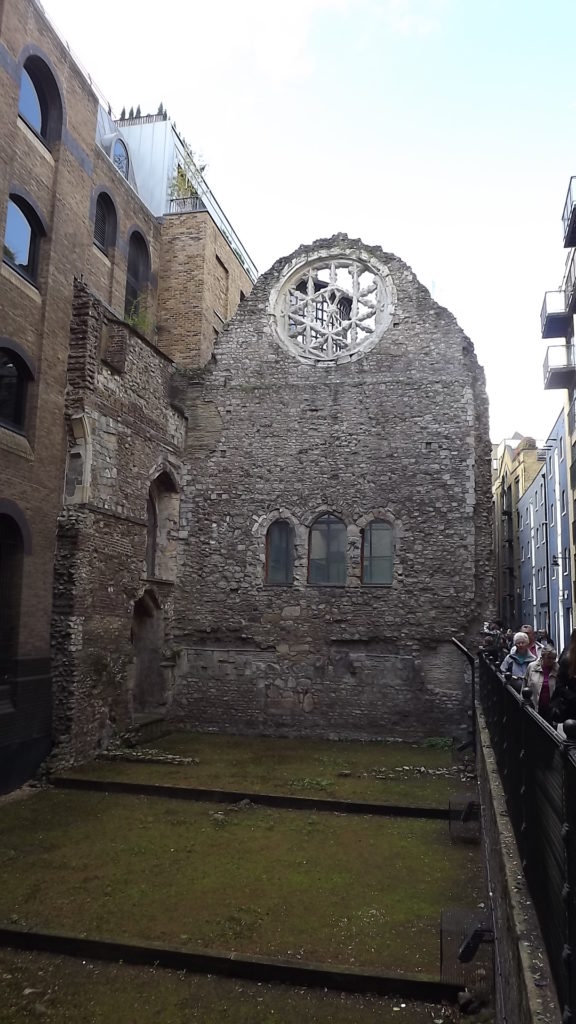 This part of Southwark, known as the “Liberty of the Clink”, was also exempt from the laws that restricted certain activities north of the river. This meant that gambling, theatres and brothels could flourish here, and the Bishops of Winchester happily collected the rents from these less than holy pursuits.

There is not much to be seen of the Palace today, which is on the Thames Path close to London Bridge, but the great hall, with its magnificent rose window, was clearly a substantial building. It took a 19th century fire and 20th century building work to reveal the surviving walls and nearby foundations. The remains are now in the care of English Heritage.