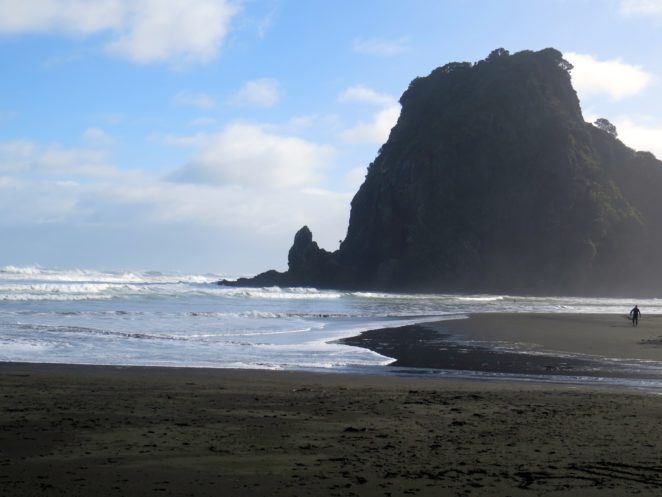 Along the West Coast of New Zealand, there are West Coast beaches and some beaches with black sand. A lot of people go swimming and surfing, along this Coast. In some places there are very large waves and a few rocky head lands.

Some of this Black sand was called “Iron Sand” and some NZ Iron comes from this, or some may go to some steel mills. Some people protest about this as it makes an negative effect on our pristine environment. So in places it’s getting protected.

I’ve only got a few places here but will continue with this another time.

The Sea between New Zealand’s West Coast and Australia’s East Coast is called the “Tasman Sea.” Named after Able Tasman who was the first recorded person that discovered New Zealand. He took off when they encountered some Maoris, they would look frightening to these Europeans.