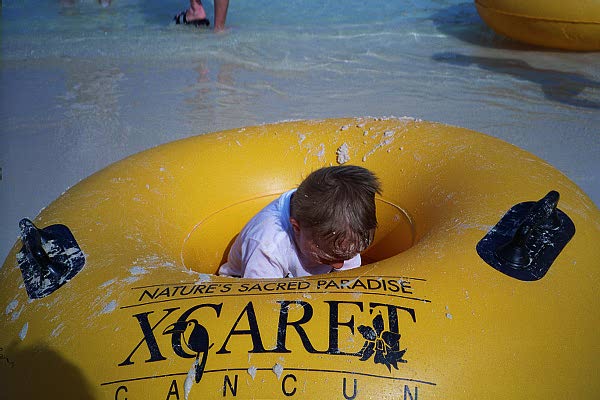 On a beach in Mexico springs into the world, the best picture we’ve ever taken of one of the twins. We have perfect photos of the two of them together that I’ve shared. But this one, well, the four are the best pictures ever of the one twin. We have taken on a beach in Mexico. We were on a Carnival Cruise, and one of the stops was in Cancun. There was the “bus to the Casino” that many travelers took. None of the kids had enough money to make a casino run worth it, so we picked going to the Nature Preserve instead. Xcaret. There are many things I’ve experienced in my life. Xcaret was one of those experiences, but the form that experience came to the four first pictures.

I’ll start with the last, the other twin playing on the beach. The volcanic beach was nestled against the Atlantic ocean. The water was blue, the deepest blue I had ever seen. Inside the park, they have protected Mayan temples, and in all cases, the wildlife comes first. You were not allowed to wear sunscreen or anything that would impact the animals that lived there in Xcaret. We decided after wandering the park to stop at the beach. They had substantial rubber innertubes, and one of the twins pulled one near him and started playing in it. In the first couple of pictures, you can see him in the Inner Tube. They have colored a brilliant yellow with the park name on the side.

I have had a copy of the 4th picture on the wall of my office for years. It is my favorite picture. I was standing in an inner tube with sand all over him. This picture is my wife’s handiwork. I could say that the film was posed, but it wasn’t. The pictures happened because my wife was sitting there. I was a little further away and watching the other twin and our daughter. To me, these pictures capture my memories of that park perfectly. I have taken many pictures of my children. My wife has taken many pictures of our children, but this is one of these twins. This picture is the one that says vacation, sand, and playing near the ocean. As I started with, an image taken on a beach in Mexico!

i think i put my pheon down. 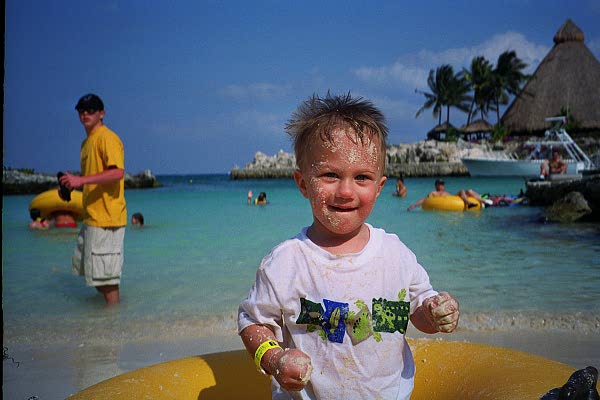 no sand on me 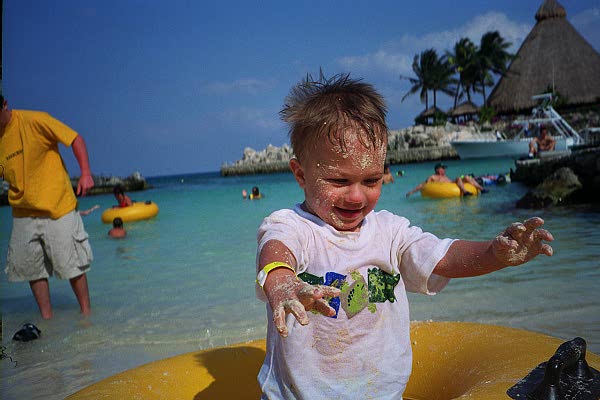 well some in my hands 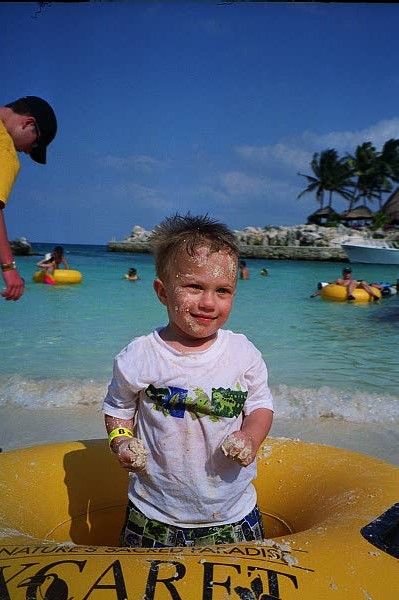 remember I am cute 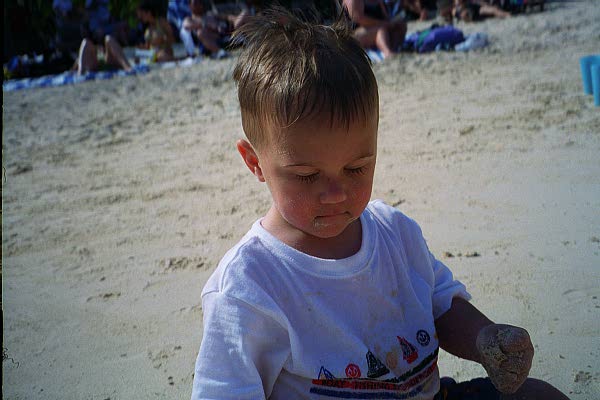