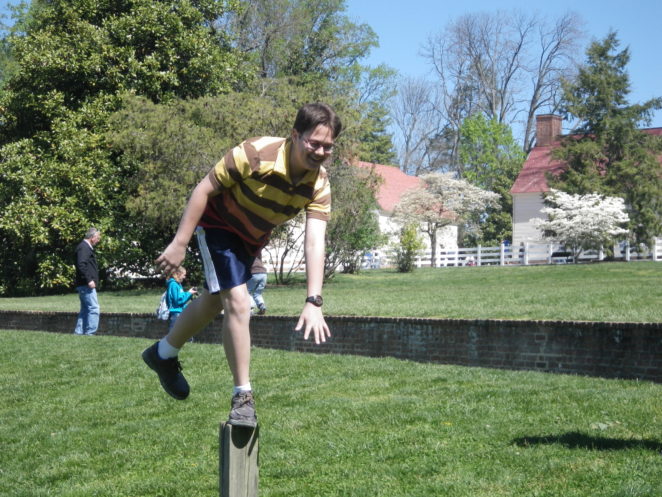 I’ve shared these pictures before; they come from the back “yard” or barn area of Mt. Vernon. The kids had a day off from school, and I had a day away from the office. We had just moved to the DC area, and the kids wanted to go to Mt. Vernon. Mt. Vernon is famous for being the home of the First President of the United States George Washington. Washington is sometimes called the parental unit of our country. A grand man, from a time in American History when heroes could have been a little better, but they were of the time. Washington had slaves, which remains a really bad mark on his legacy. He was an innovative farmer who did at the end of his life free all his slaves.

For some reason, the kids were in a play mode that particular day. We started off waiting in the big field (sort of a pavilion) before we could go through the house. Mt. Vernon, particularly on school holidays is packed with kids, parents, and teachers. We waited on the front lawn area for a while. The kids were doing crazy things for the video camera. I’ve posted those on our Youtube channel; they are buried somewhere in the feed. We then wandered through the house. There was a time when I admired Washington for his stance and his choices. I don’t anymore; I feel bad that he had slaves. While his farm was innovative and cool, it wouldn’t have worked without the slaves.

Finally, after turning the house, we walked down towards the milling barn. On the way to the milling barn, there are three things to see. The first is an animal husbandry barns Washington had. The second is his grave site. The other thing is the remains of a fence and the stone fence that kept the animals away from the veranda of Mt. Vernon. The kids, as you can see from the pictures had more fun with the old fence poles and the fence. They were all trying to be funny and honestly it was quite successful. Well, if they intended to make me laugh, it worked. We were all laughing and had a blast. When the tour was over we went to the twins favorite DC area restaurant, 5 Gusy. 5 Guys is a regional burger joint, and they make amazing burgers! 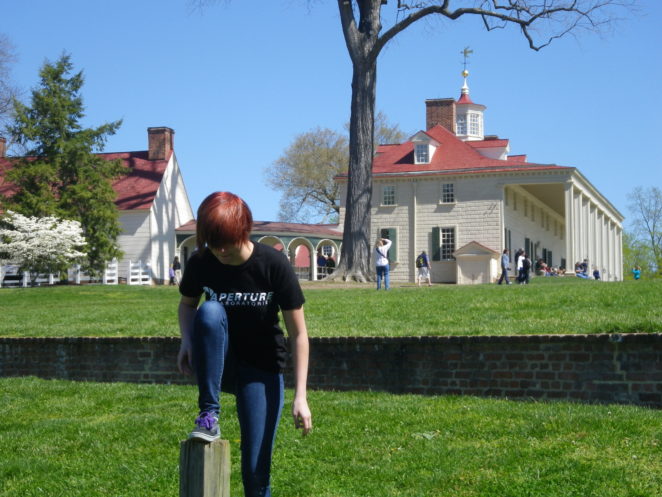