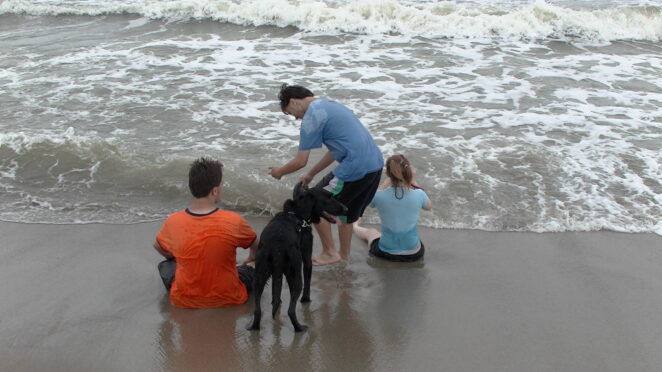 The Harry Chapin song “The Cat’s in the Cradle” starts with the line “A child arrived, just the other day, he came to the world in the usual way.” I talked about the process my daughter and I went through to select Fran and have her join our family. When our Australian Shepard left us in March 2011, we didn’t add a dog for more than a year. In part because we were about to move. (Gwen passed away in March, we moved to Maryland in August of the same year). My wife decided that she wanted to add a new parameter to the dog selection process; she did not want us to add another puppy. Fran had chewed on so many things in the house while she was teething!

No puppy was a different experience. Then my daughter said I want to adopt a dog from a rescue or shelter. We talked and decided to work with the Lab Rescue of Maryland and Virginia. I expected us to do all the work. Boy, was I surprised? The first thing they did was ask us to fill out a questionnaire about the type of dog we were looking for. Then we had to meet with the coordinator and accept that once the dog was placed with us, we might not pass the home inspection. After all that, the coordinator called me and asked many more questions. We started the process in March of 2012. By the end of May, we were ready to add a dog to our family, and we were approved.

Does fate intervene and change things in life? Probably. We got a call on a Tuesday saying that there was a dog that fit what we were looking for. The only downside was it was a male (we were thinking female). Gwen and Fran were both female dogs. We decided to drive down to Richmond, VA, on Saturday to see if this dog was a fit for us. I can honestly say that Fran tolerated him, never really liked the dog, then called Cedar. But, he and I hit it off. So Cedar joined our family. On the way back to DC, Cedar and Fran were separated by a seat and three humans. We called my daughter (she was working) to come up with a permanent name. Cedar became Dylan.

Fran never really liked Dylan. She tolerated him. But Dylan soon became the official walk supervisor of our home. Every person, child, and a dog that has joined my life has changed my life. 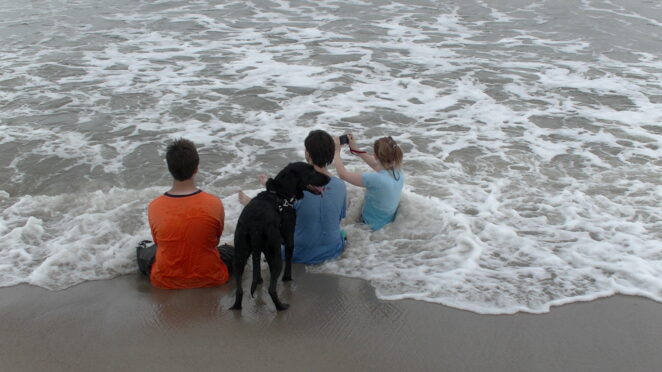 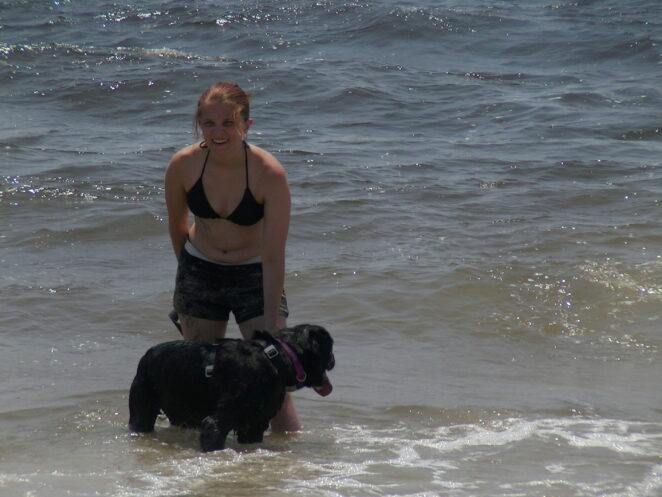 by day 4 she didn't care 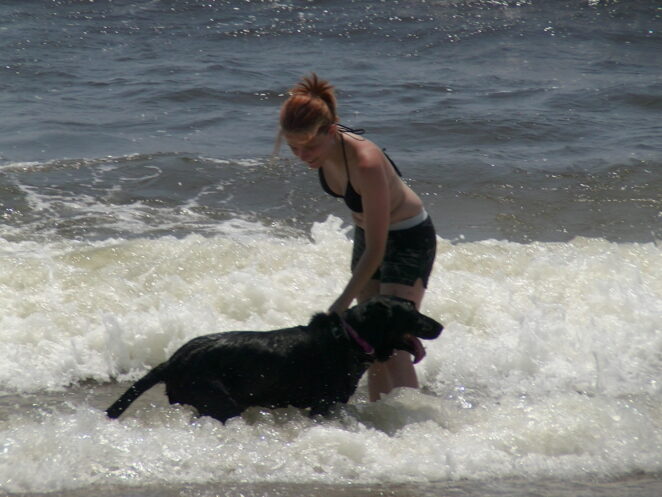 Day 5 she was hot and in the water!