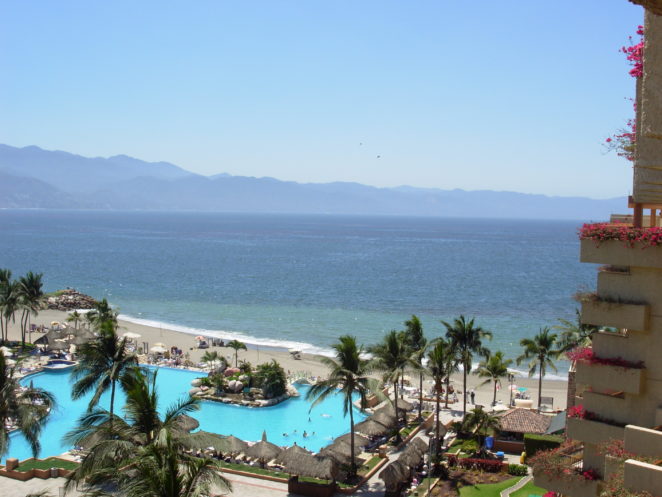 Over ten years I flew 1.4 million miles. What did that mean? It meant I was away from home often. It also meant I had a lot of miles for vacations. My wife loves traveling. It is funny when we lived in Cincinnati Ohio at the beginning of our marriage; she traveled for work far more than I did. Her job as a video producer and show producer meant she was often gone. Not every week, but she was in Houston, Charlotte, LA and other places doing videos and producing shows for her customer. Later I traveled more.  We were able once I was settled into my new traveling role to take some amazing vacations. The reality of vacations is always that it costs money to fly.

Unless you have miles, we ended up having enjoyed miles for five tickets round trip to Puerto Villarta Mexico. The pictures today are from the hotel we were at. Staying mostly at Marriots, meant I had free nights at hotels as well. The Marriott hotel was amazing. The pool that you can see in the first picture was really fun. The kids spent a lot of time in the pool.  There were other events we did while in Mexico. The first thing we did was seek out Fresh table made Guacamole. My wife and I love Guacamole, and our kids do not. That gives more for us to hire. There is something special about the table made Gucaomole as well, they make it right in front of you and you can choose the things in the Guc!

My wife doesn’t do spicy. She will do zippy, but not spicy. The twins love salsa, but back then, only one of the twins would eat salsa. We all stayed in a  single room at the hotel. The pool and beach area (which is in the first picture) was fully visible from our room window.  We were still living in Indiana when we made this trip. We flew from Indianapolis to Denver. The person at the Denver Red Carpet club knew me, and let the kids in with us (normally you only get one guest). We sat at Denver for 3 hours before heading to Mexico. We made it through customers pretty quickly and arrived at the hotel around time for a late lunch. Our room wasn’t ready, so we checked our bags and wandered to the restaurant for lunch!

The view of the beach from our hotel. Puerto Villarta Mexico 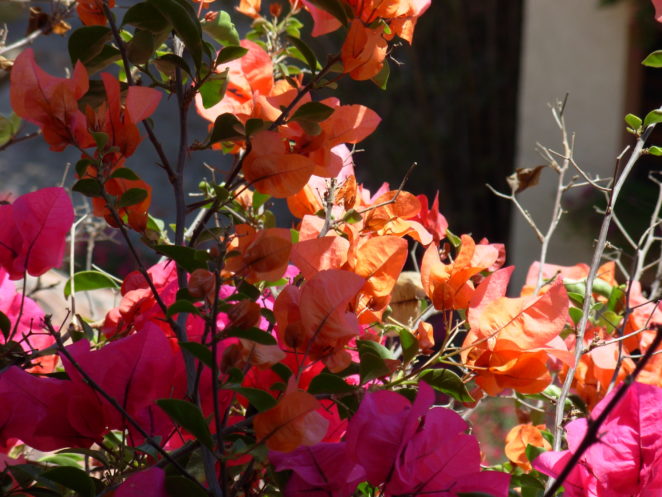 i love flowers they brighten the day! 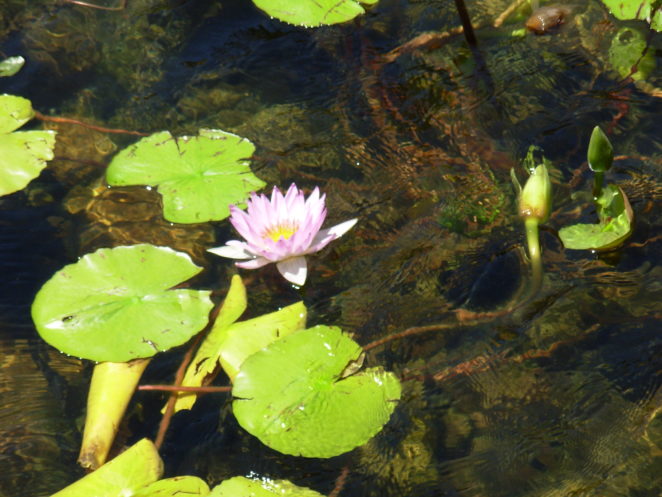 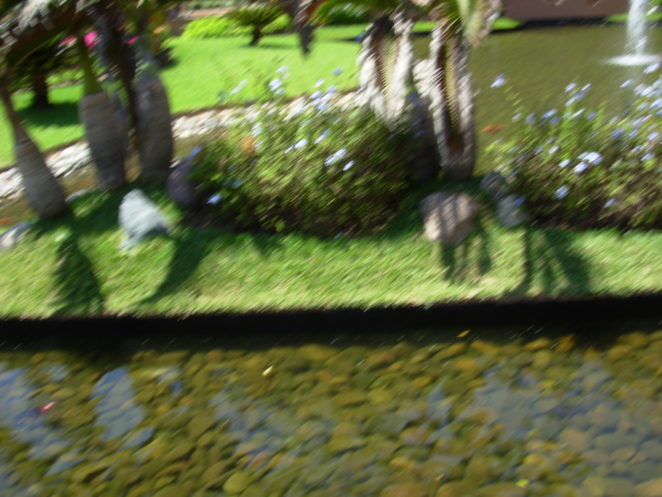 was supposed to be the pond! instead, it is a picture of me wiggling the camera