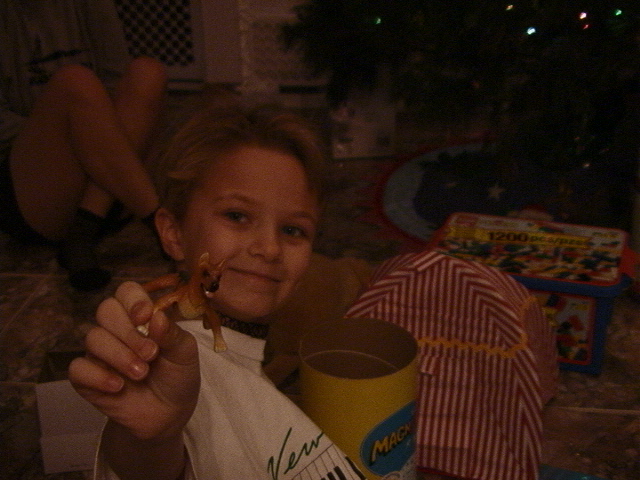 Yesterday I shared the 1998 images from Christmas. 1999 is missing. Well, the pictures exist they are just not stored in a folder called 1999 Christmas. They are in another folder; I am sure I will find them again. But for today as we reach the Eve of Christmas, 2000 is the year. By 2000 we were fully back in Indiana. Our days in Ohio now behind us as we moved forward. This was the begging of my traveling career. I would be on the road from Monday – Thursday most weeks. There were times I worked with Indiana customers. Those were the days when I got to drive there and back and again!. Columbus Indiana, Fort Wayne Indiana were both car destinations, as were locations in Indianapolis. There are not many companies left in Indianapolis overall.

We had settled into the routine that would be a constant for the next 11 years. Waking up early in the morning, after spending the night before putting together the toys for the kids. Bleary-eyed adults taking pictures of happy children as they received their gifts from Santa. We would be using our then Satellite TV, play the Christmas music channel. The rule was the kids waited at the top of the stairs (while I made coffee) then they came down. Once the presents were opened, we would head from Greenwood to Bloomington. Mom and dad would host the Christmas Luncheon every year. At times we would also go down to Bloomington on Christmas Eve.

That was the routine for 11 years. That changed of course in 2011 when we moved to Maryland. Then we would arrive a couple of days before Christmas in Bloomington and be there for the early morning at mom and dad’s house. As is often the case as families age first our daughter couldn’t make the trip to Bloomington. She was working various jobs and of course, had to be available to work Christmas Eve. We only spent one Christmas in Maryland before this year (I was sick with an inner ear infection. I wasn’t able to come downstairs until the middle of Christmas Day to celebrate). This is the first year we haven’t gone to Bloomington. But the first year in the last four where we get to spend it with the twins, our daughter and her Fiance! Funny how things change over time. 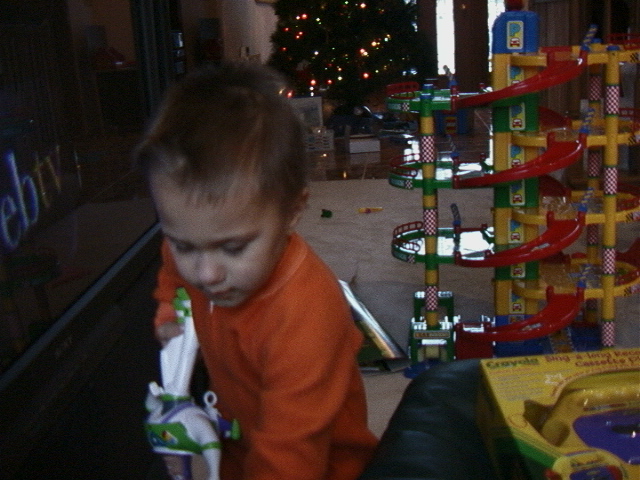