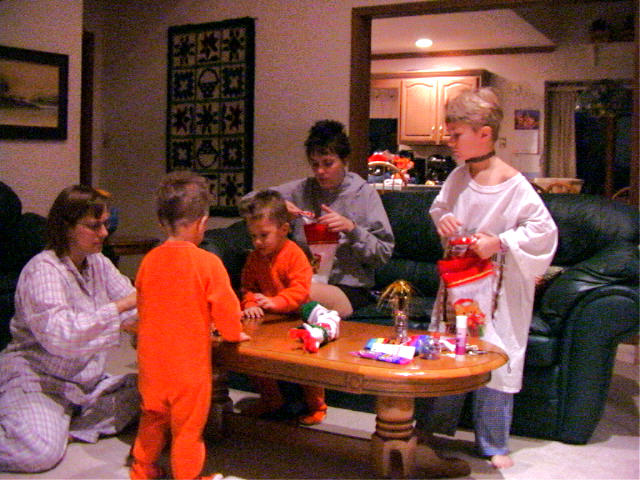 Somewhere in the mass of pictures, there are those of Christmas 1999. I know I have them the pictures of 1999 but I don’t know which folder they are in. I have in the family history folder, the family Christmas folder. The pictures today are from 2000. 1999 was an interesting year for my wife and I. First, and we had built a new house in Cincinnati Ohio (the only time we have built a house). We celebrated Christmas in that house, and then an opportunity at work allowed me the option to move back to Indiana, in particular back to Indianapolis. So in October of 1999, we packed the entire family up and headed back to Indiana. My wife was born in Indiana, and I had lived there for many years. But more with twins, the family was nearer!

People have different skills. As a video producer, my wife is good at pulling together large projects. Moving a family with twins that were just over a year old isn’t easy. But my wife was able to pull that off. We spent four weekends in Indiana trying to find the right house. Just as we thought we found the perfect house, they took it off the market. We made an offer anyway, and the offer was accepted! 1999 was our first Christmas back in Indiana. After eight years of driving 3 hours from Cincinnati to Bloomington, now we were only 45 minutes away. My sister lived across the street from us, and we suddenly were able actually to celebrate CMAS morning at home.

(My apologies to everyone that doesn’t celebrate the holiday)

But the other issue is I don’t know where the pictures are! I do remember that was the year we started the picture tradition. A picture of the kids waiting at the top of the stairs. We are going to recreate that picture this year. It was a chance to be able to have a family gathering and then head down and have a bigger family gathering. My mom and dad were always flexible about timing. The thing they always did was have all their grandkids in the house when the presents were opened. We cannot do that anymore, and time changes all things. Now with distance and age, it becomes harder for all of us together. But at that time we were able to celebrate together! 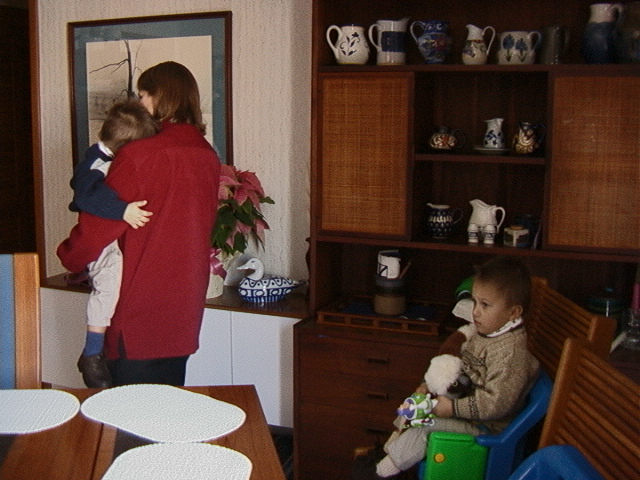 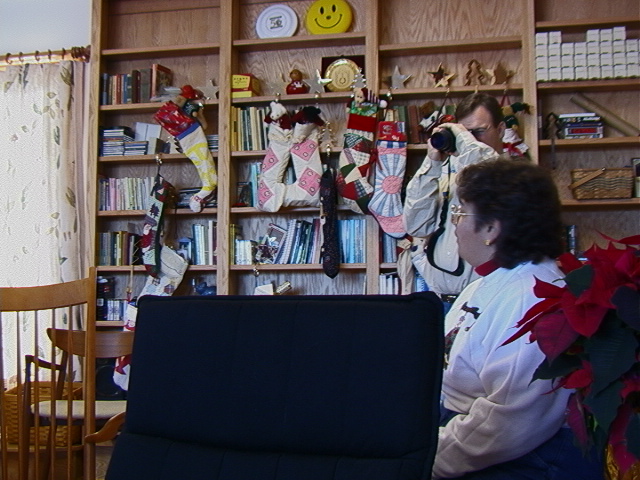 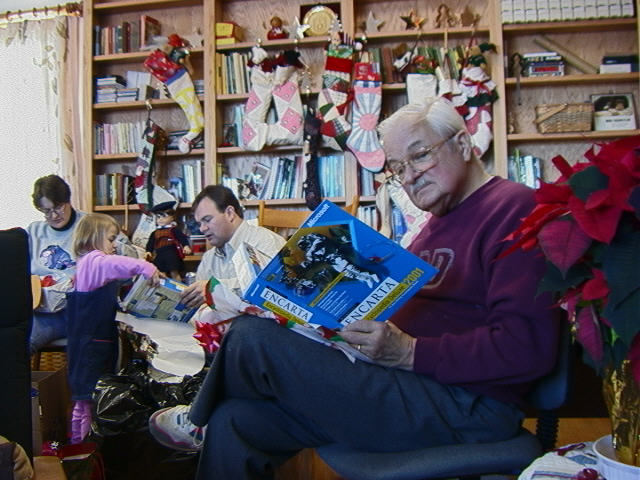