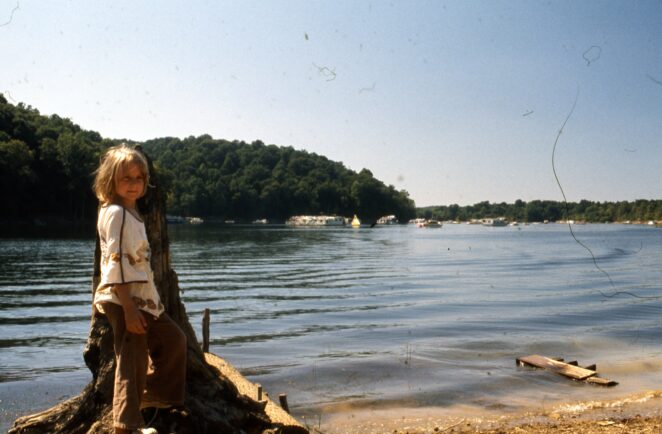 When I was fifteen years old, I had to do drivers ed in the summer. Drivers Ed in the US is a class you take to learn how to drive. Driving is a privilege, not a right, and the cost in the US is doing that “drivers ed” class. You learned how to drive in a classroom, and then you went out on the road and drove. Then we watched a few videos designed to scare us about the impact and reality of driving. I still see some of the video clips in my head when I am driving. I would say overall, that wasn’t the best method as I am not a fan of scare education.

When Drivers Ed was done, I went up to Wisconsin and Lake Ripley to hang out with my grandparents for a month. The thing I remember from that summer was being told I was allowed to take the speedboat out by myself. I didn’t have to have an adult with me any longer. In the past, if I wanted to go fishing away from the dock, I had to take a rowboat. I was able to use a boat pretty well, but rowing a ½ mile early in the morning to fish wasn’t something that I wanted to do. It meant, as a teenager, that I would have to get up way too early in the morning.

So having the ability to pop into the speedboat and fly over to the fishing spots was freedom. As a teenager, I remember that. I’ve never thought about boats the way I think about cars. Even though it is, in the long run, more straightforward to stop a car than stopping a ship, it doesn’t seem that way to me. Boats don’t have brakes (other than throwing an anchor), so staying a boat takes more planning than stopping a car (stand on the brakes). That summer, the powerboat was freedom. I finally got to fish on the far side of the lake, away from all the people that were using rowboats to go fishing!

I had been convinced since I started fishing on Lake Ripley that the largemouth Bass, were in the area just past the Scout Camp on the other side of the lake. So early one morning, I took the powerboat from the dock and headed to where I knew the Bass was.  My grandfather had taught me to read the water for fish. He taught me to pay attention to the details of the water.

After an hour, I had caught three largemouth bass and let them go!

looking out over a lake in Michigan! 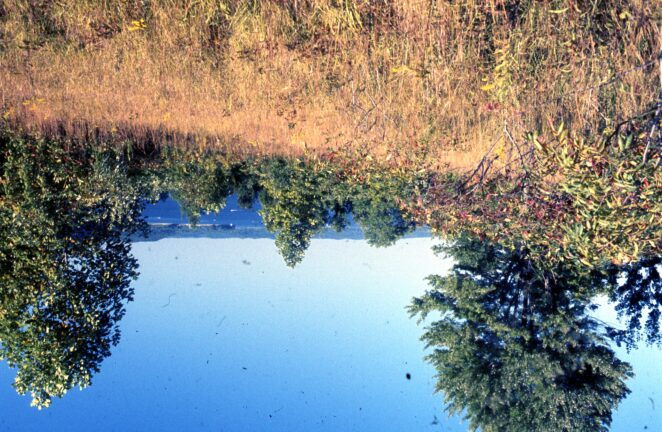 help the world is upside down! 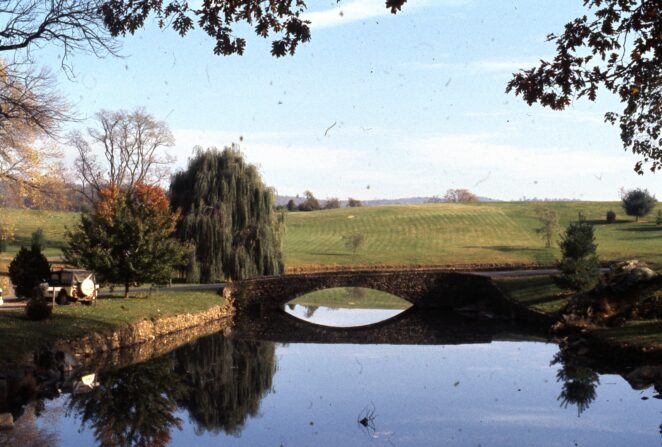 somewhere in the countryside! 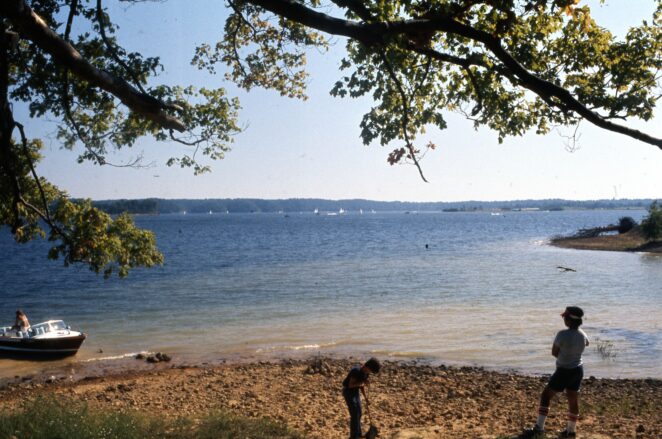 on the sore of Lake Michigan!