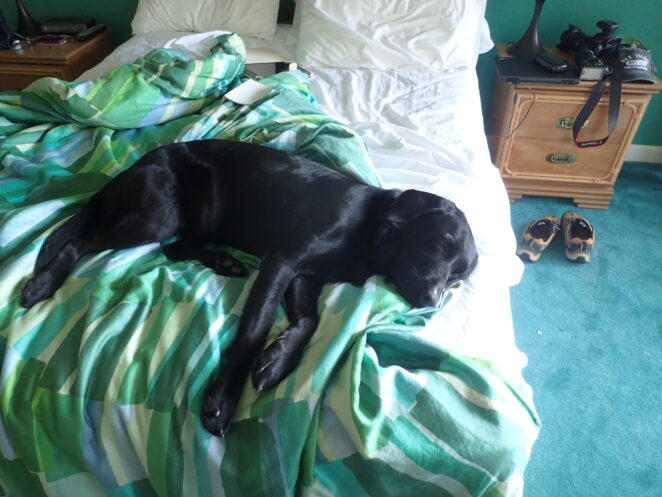 The simple rules are, look at the picture, make a caption, and share it in the comments. I cut down to two images today to make it easier!

We went to Oak Island, North Carolina, two years in a row. We haven’t been back because the place is bittersweet for me. It was the site of our last vacation when my dad was still alive. It was also our first vacation spot after he had passed. We had booked the holiday before dad died and decided we needed to go, we needed a break from DC. DC is a magical place to live, but sometimes it cannot be secure. Say, for example, this summer, where we have had as of today 20 straight days of 90 degrees F or more (that is 32 degrees c or more) every day. Our average humidity in the July period is between 80 and 90%. Humidity is what makes it hot because your body cannot use its natural colling process.

The other side of going to the beach is the chance to be near the Ocean. It is important to remember the size of the oceans. More than 70% of the surface of the earth is covered by water. Much of that water exists in the many Oceans (Indian, Atlantic, Pacific, and the seas as well). The one thing about the connected water is that in the seas and oceans, it is, in fact, saltwater. The second trip to North Carolina, to Oak Island, was the first vacation for Raven with us. She joined our family in the turmoil that was Fran passing. Fran and Dylan were not close, but Dylan was lonely when Fran died. So we added another Rescue Dog, Raven. She, as y9ou can see from the first picture, fit right in.

Raven didn’t like water at first, but I have talked about that before. The thing that happened quickly was the vacation Dylan took over. Vacation Dylan is different than regular Dylan, more Chill but always ready for the next activity. Dylan passed the vacation teachings to Raven, and she well you can see in the picture relaxed!

Caption away – pick one, or pick both and add a new caption in the comments! 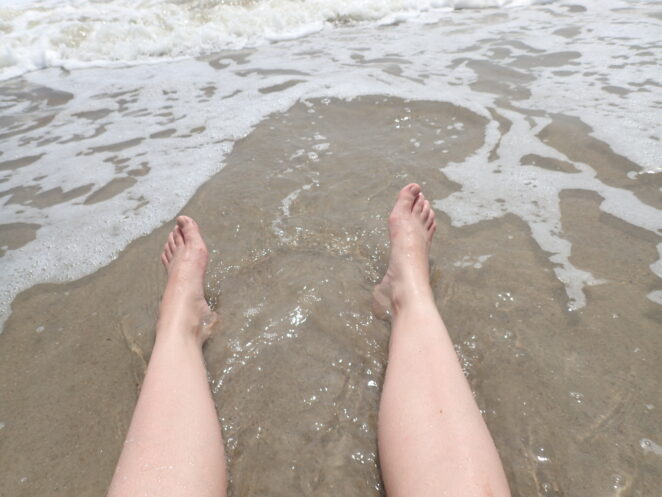