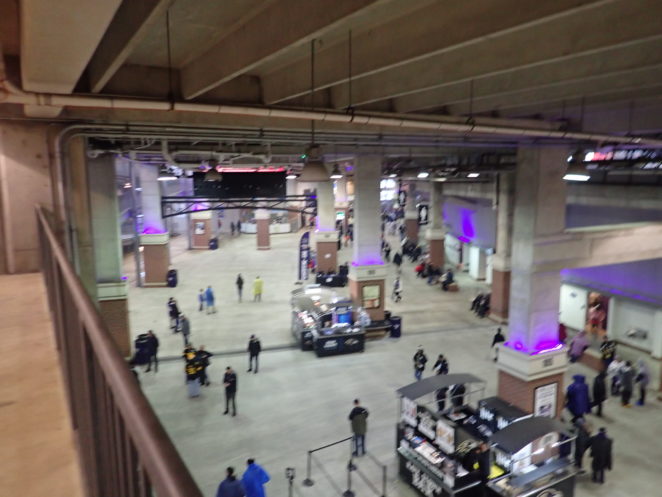 I had a chance to go to Raven’s game in Baltimore Maryland yesterday. The Ravens are doing well this year. Their all-world quarterback was not going to play in this game, but former Baylor Quarterback RG III (Robert Griffith the 3rd) was the quarterback as the Ravens had already clinched their place as the overall number one seed in the NFL playoffs. M&T Bank Stadium is on the south side of Baltimore. From our house on the DC side of Maryland, it is about a 37-mile drive. It took me 40 minutes to make it to Baltimore and then from the highway to the stadium was another 50 minutes. That is to be expected to go to a sporting event, and it always seems to be that way.

I was able to park and then wander into the stadium, and I ended up going to the wrong side of the stadium so I ended up walking all the way around. Twice, but that is a story for a ask the right question when you ask questions issue on my part. I was meeting a long-time friend. And sat down to relax and watched on the stadium TV’s as the early games ended. The Ravens were playing the Pittsburgh Steelers. Both teams had a chance to be in the playoffs, well the Ravens were in, but if the Steeler won the game, they had a chance to be in the playoffs as well. The early games had huge impacts on the overall standings for the season and they played the end of the New England Patriots game.

The stadium cheered when the Dolphins beat the Patriots!

The game was fun. I enjoy watching football, and I realized as I was driving home that I hadn’t been to a professional American Football game in many years.  The pictures are of the game and the stadium. When I was a little kid, I went to Memorial Stadium, where Indiana University played football many times. There wasn’t a TV that filled the entire end zone back in the day. It was fun!

inside at M&T bank stadium Baltimore 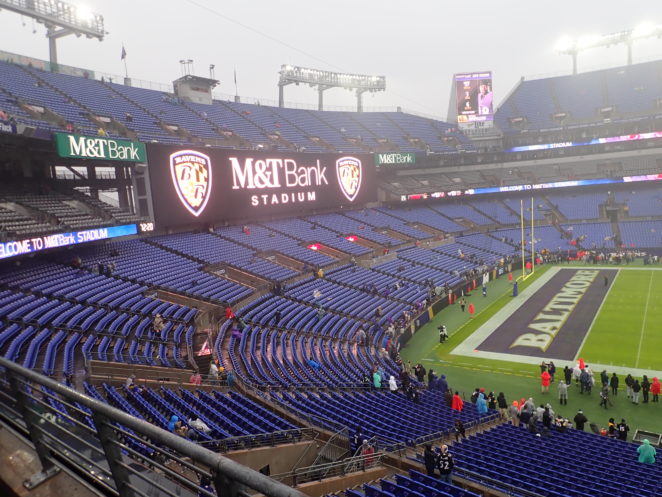 rainy day, but we were under cover! 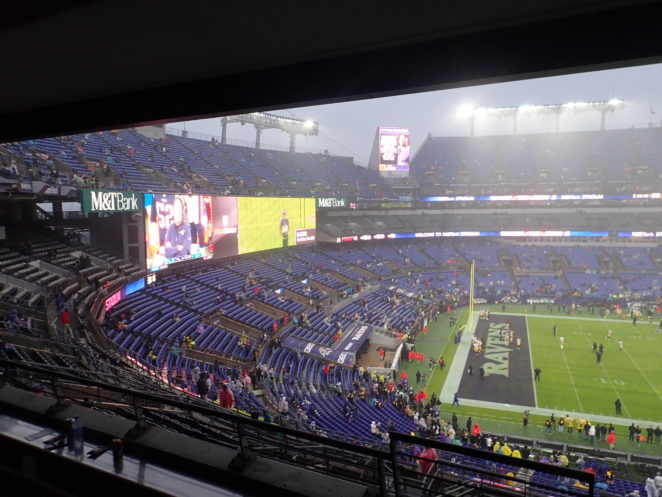 warm-ups, both us and for the teams! 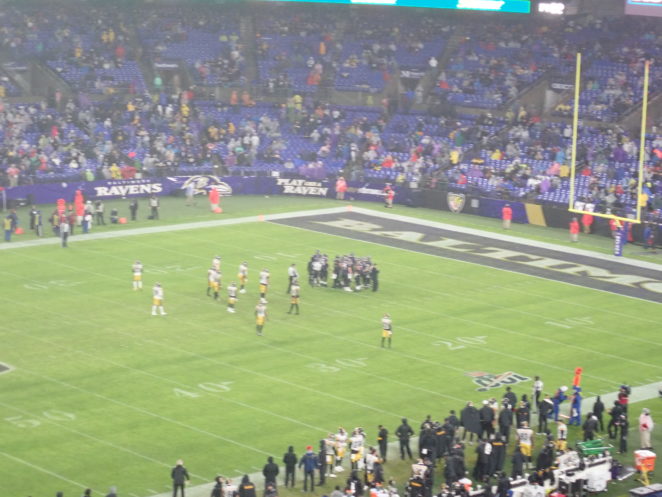 Ravens have the ball! 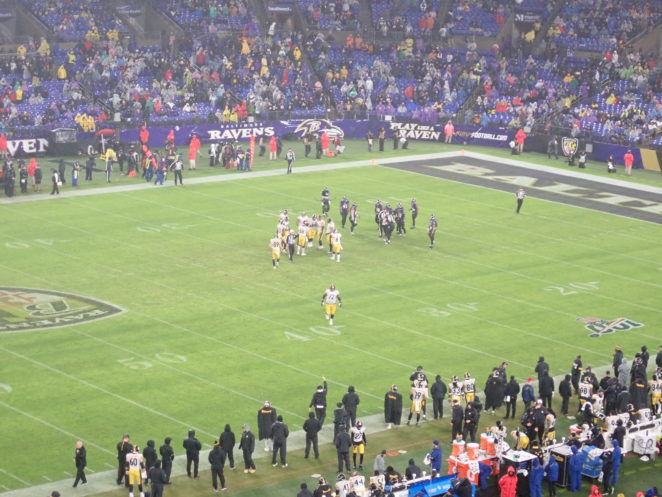 a pause in the action