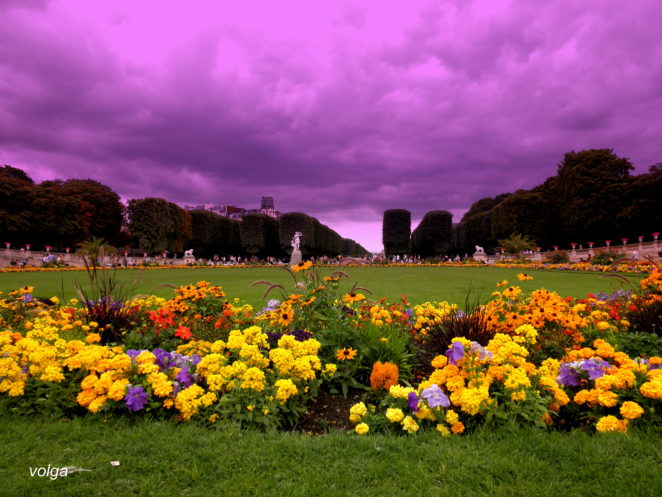 Not far from the kilometers from the French capital is unsurpassed gardening complex – amazing in beauty gardens of Versailles. This sample of a stunning in scope and aesthetics sample of the architectural landscape is spread over 900 hectares. The main part of this vast territory is equipped in the style of the French regular park, which served as an example for imitation and inspiration to the creators of many other gardens and parks.

The gardens of Versailles arose and existed as an integral part of the country residence of the kings of France. Originally there was a small hunting lodge built by Louis XIII. The main building in Versailles unfolded during the era of his son Louis XIV. The magnificent palace and park complex, the construction of which the king carefully watched, became the true embodiment of the absolutist monarchy and the power of the sun king, as he was nicknamed Louis. Simply fantastic sums were spent by the treasury to please the captious taste of the king, the construction dragged on for half a century.