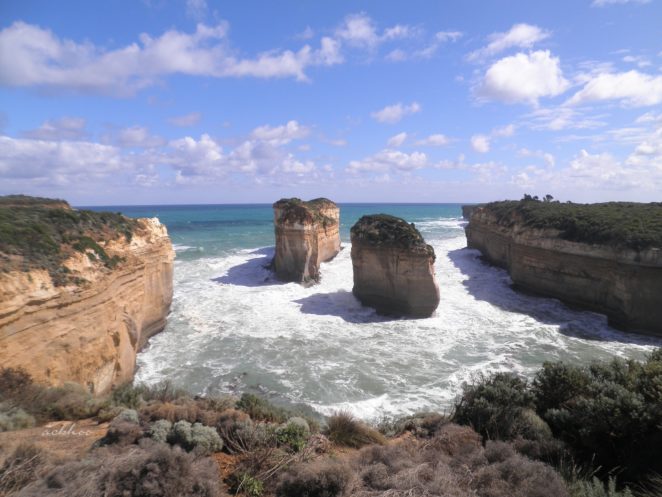 Yup, I’m told this is Tom and Eva!  They are named after two teenage survivors of the wreck of Loch Ard from 1878. This is one of the more photographed rock formations of Great Ocean Road, Vic. Australia. Previously, they were known as the Island Arch, with a middle section joining the two limestone stacks.  Then sometime in mid 2009, the central section fell!  That’s the power of erosion by the forces of nature!  Sad to say, even these will one day fall into the sea too.