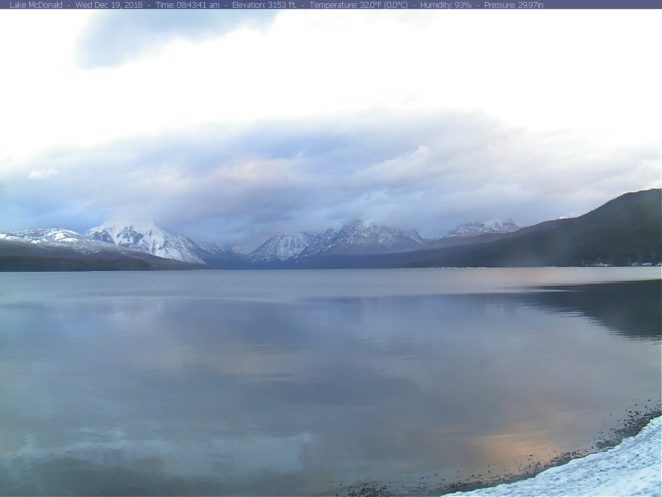 Actually, today is six days before Christmas 2018 and I thought it might be nice to share some pictures of Glacier National Park (and one picture from another national park) from this morning. These are webcam images.

In the past week, we’ve had a series of small storms that have passed through Montana. On the valley floors, these storms have dropped rain and freezing rain, with only a small amount of snow. In the higher elevations, such as those in Glacier National Park, the amount of snow has been heavier, with many locations having more than a foot of snow on the ground, currently.

This is with only minor storms. By this weekend, we are due to have a series of much stronger storms coming in. I predicted a month ago that we were likely to have a white Christmas and it looks like that will be the case.

The last picture in this group is from a national park in Oregon, where I grew up, and this picture was also from today.

This is Lake McDonald in Glacier National Park, as it looks before Christmas. The altitude here is actually below that of where I live, by about 200 feet. However, we don't have snow on the ground yet and there is snow on the ground here. That is because of the proximity to the mountains.

When this picture was taken, the temperature here was right at freezing, 32 F / 0 C.

This is the view to the Northeast from Apgar Mountain, looking over Lake McDonald. There is substantially more snow here, but that stands to reason as this is taken from roughly 2,000 feet higher. The view is rather breathtaking. 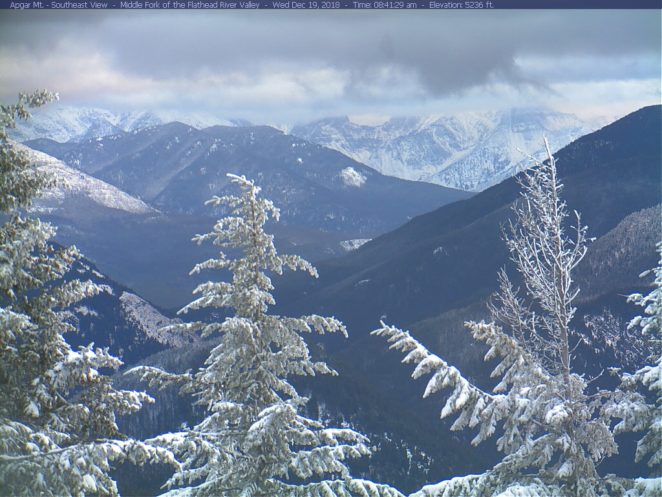 Here is Apgar Mountain, looking the other way. This is almost pretty enough for a Christmas Card, don't you think? It is sort of hard to imagine that this is the view before any major snowstorms have gone through the area. 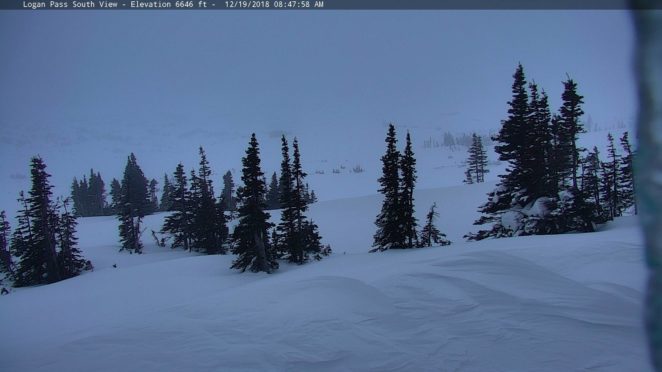 Here is Logan Pass, looking to the south. This is about 1,400 feet higher than Apgar Mountain, so there is more snow. It is hard to tell what the actual depth of the snow is here, but I'd estimate that the snow is just under two feet deep. The beginning of snow drifts can be seen, as we had strong winds yesterday through much of the state. 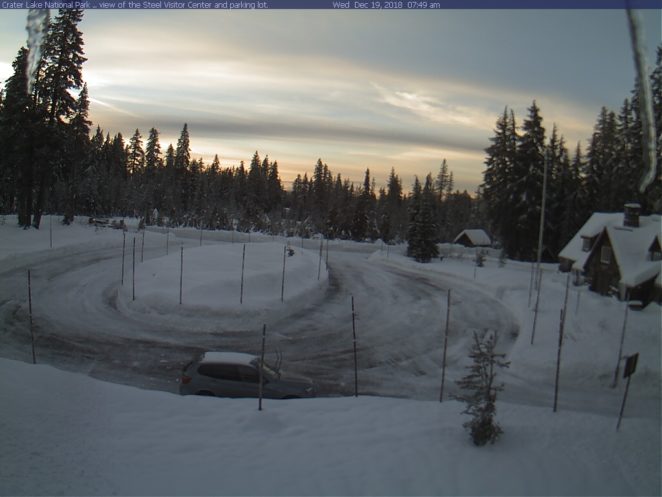 This is the one image that isn't from Glacier National Park. This is Crater Lake headquarters, about three miles from the rim that overlooks the lake. This is early in the snow season, so the snow is only about four feet deep here.

For those who wondered, Crater Lake National Park is about 568 miles, in a straight line, from Glacier National Park. It is about 711 miles by road.

The location of the camera is the apex of the Visitor's Center, which was the park administration building when I lived there, so many years ago. It was also the location of our post office when I was there, and it is where I went to school during the first, second, and third grades. The school was in one of the conference rooms; one room for grades 1-6. Yes, I did go to school in a one-room school. There were fewer than 15 students.

The building on the right used to be the ranger dorm, which was only used in the summer. The tiny building standing by itself in the distance is the old sign shop and carpentry shop. The heavy equipment shops are out of sight, beyond the sign shop.

In case you wondered, the poles that you can see are snow poles. These used to just be lodgepole pine poles, but they started using plastic ones a few decades ago. The purpose is to let the plow operators know where the edge of the road is. That way, they don't accidentally destroy something that they shouldn't, in the process of plowing the road. As kids, we used them for a different purpose; to scale the 15-20 foot snowbanks that are eventually there.

I strongly suspect that all of these views will look quite a bit different in a week. 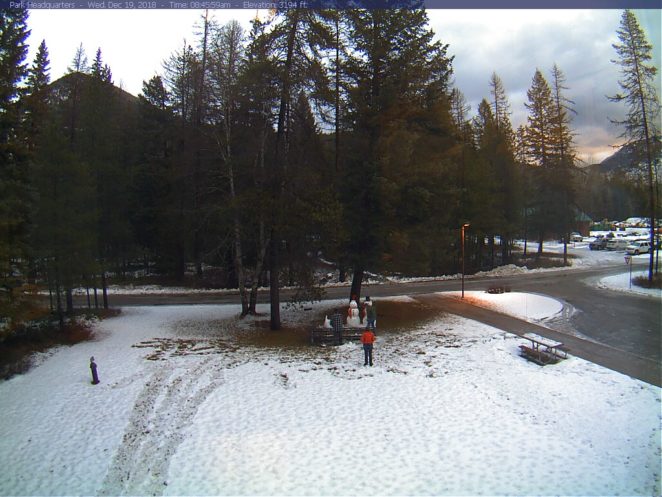 Glacier National Park Headquarters is at almost the same elevation as Lake McDonald, so there isn't a great deal of snow yet. However, there was apparently enough for some kids to build some snowmen on a picnic table. It looks like they've created a snowman family and are working on the third one.

You can tell a lot from a picture like this. For example, I can tell that the temperatures here have been hovering at right around freezing. How can I know that? Because for the snow to roll up in order to make a snowman, the snow needs to be wet. If the temperature was much below freezing, it wouldn't be the right consistency for building a snowman. If it was much warmer, the snow would melt.

You can also see the tracks made when the snow was rolled up, which means that it hasn't snowed since they began making the snowmen. This picture was taken at 8:45 am, so these kids got an early start at their crafting.