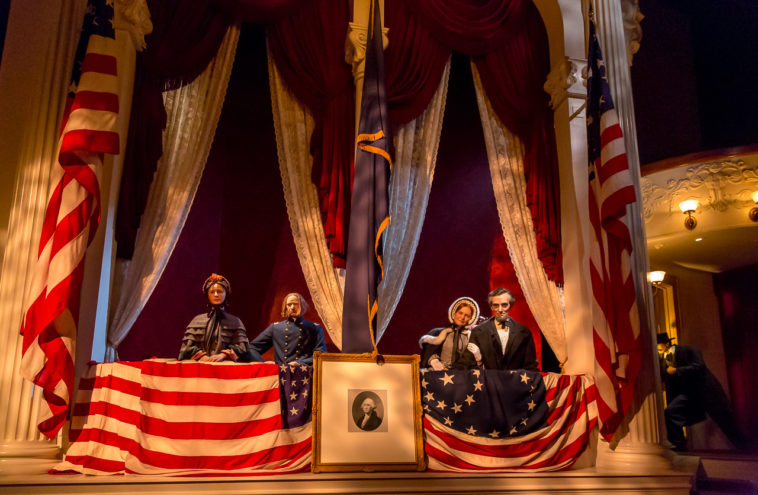 The play “Our American Cousin” was on when John Wilkes Booth went up to the box. Lincoln’s guard at the box had gotten bored with the play and went to get a beer. Booth snuck in and shot Lincoln and the president died the next morning.  Booth jumped over the railing to the stage and injured his leg severely, but got away on his horse.  He was tracked down 12 days later to a barn in Virginia where he was shot and killed and they captured 8 other conspirators with 4 being hanged later.

Dr Samuel Mudd had placed splints on both of Booth’s legs and he was also arrested. Dr Mudd was sent to Fort Jefferson in the Dry Tortugas West of Key West, Florida and imprisoned.  His name was ruined and the phrase “your name is Mudd” came from there.  Dr Mudd did groundbreaking work on the treatment of Yellow Fever there and was eventually released.