For this ride I wanted to map out my next long training run for Detroit Marathon. Previously I ran to North Ave Beach, so I had an estimate on where my turnaround would be which ended up being Diversey Harbor.

Ohio Street Beach is actually one of my favorite parts of the Lakefront Path because it is where I encounter multitude of fitness enthusiasts doing a number of activities ranging from walking, swimming, inline skating, running, cycling, sightseeing, etc.

Entering one of the more congested areas of my cycling route. With vehicles I tend to keep my distance while having the mindset of what could happen as I’am on my bike, especially in the downtown area where everyone just wants to get to their destination resulting in careless behaviors. 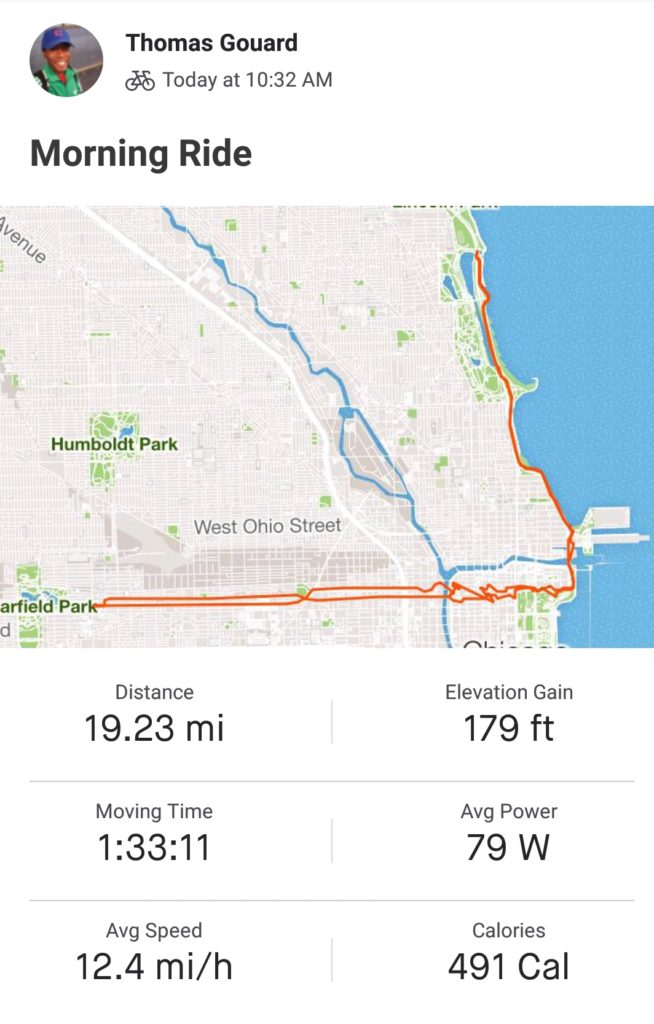