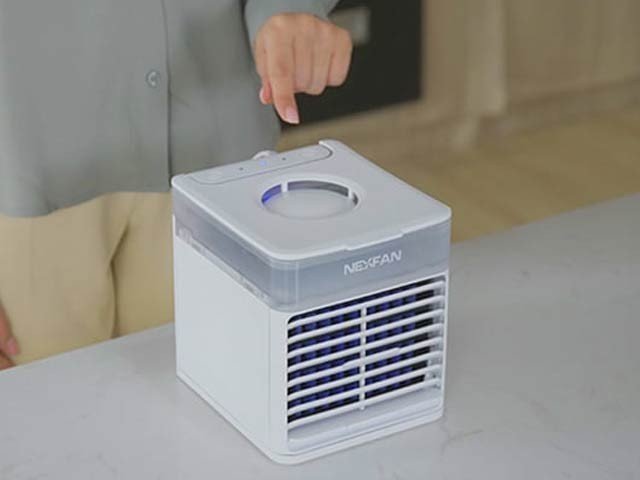 The world’s first ultraviolet smart room cooler, which has been developed following crowdfunding on the Internet, will reach consumers next month.

Before you get into more features of the Air Cooler, know that you can pick it up and take it anywhere, whether it’s an office or a park, because it has a 10,000 mAh power bank.

Thanks to this power bank, the room cooler runs continuously for 12 hours. As soon as you turn on the NexFan Ultra, it starts emitting cold air up to five degrees Celsius in a few seconds. It can also be charged at home via USB.

Despite its small size, it is great for keeping a large area cool. Its powerful indoor fan continues to supply cold air up to a distance of five feet. Adding water to it once and shaking it does not cause water to leak.Traditional air coolers use up to 70 watts of electricity while this air cooler uses only 10 watts of electricity.

It has been generally observed that room coolers make a lot of noise but the NexFan Ultra developed with the latest technology is very effective and silent. You can keep it in two options at your convenience, either it releases moisture or it blows cold air.

After filling with water, this weight can hardly reach two pounds and can be carried by children from one place to another. The introductory price of this room cooler is only $45.