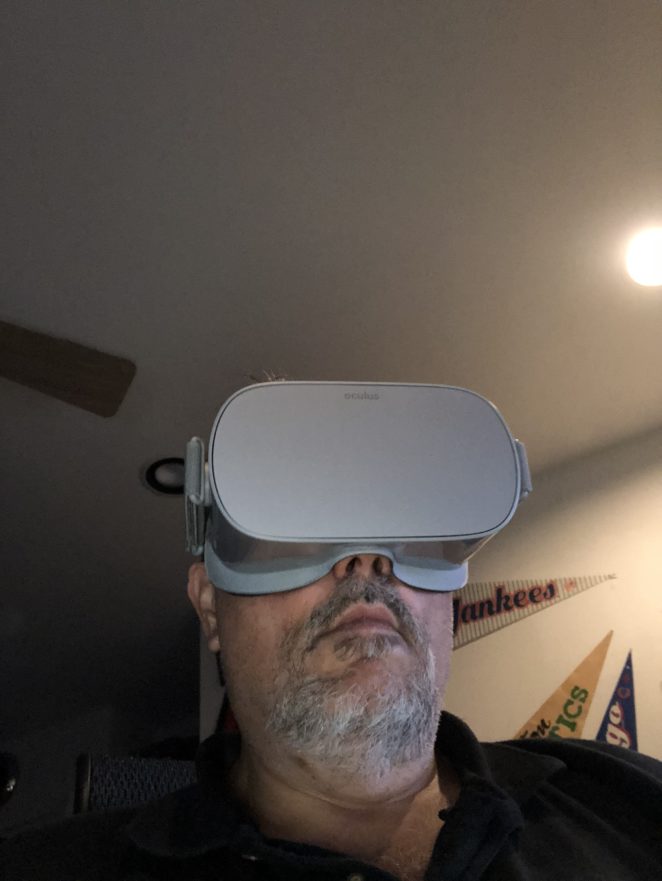 I have, over the past month or so talking about the Oculus Go headset. The Oculus Go is one of the first true standalone VR headsets. Its, the Oculus Go’s big brother is the Oculus Rift that connects to your PC. What follows is my review of the headset and the application. First off,m the price point for the Oculus Go (around 200 dollars) is a lot less than the cost (around 900 including a PC capable of running the Rift headset).  The Oculus application is available in the iTunes store and Google Play. It allows you to interact with the headset via Bluetooth. The setup was straightforward. First, you connect via Bluetooth and then connect your headset to your Wi-Fi network at home.

From my initial review regarding must-have applications I will list them below:

The headset easily adjusts to your head. The screen has great display capabilities. I watched a movie on Netflix while relaxing with the Go headset. Sounds is good, although I suspect you will eventually be able to pair the Go with a speaker set or a headset for even better sound. I haven’t played any of the games at this point. But I have enjoyed the three apps listed above. The future of what the VR world can be is incredible. At the very least, the interactive ability to see where a part is before reaching for it in your washing machine would be worth it. The same of course, true about both large machine repair. I know that some of the AR headsets are already in production with Airplane Engine applications and so on.