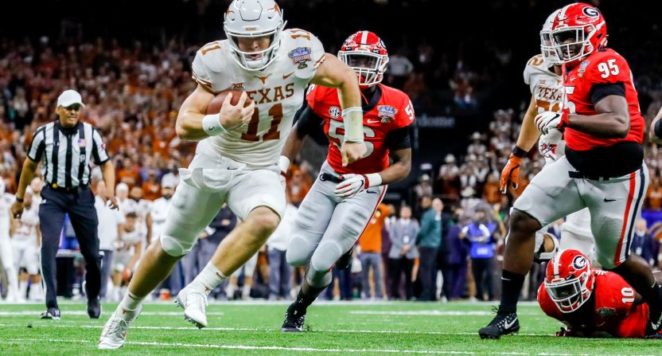 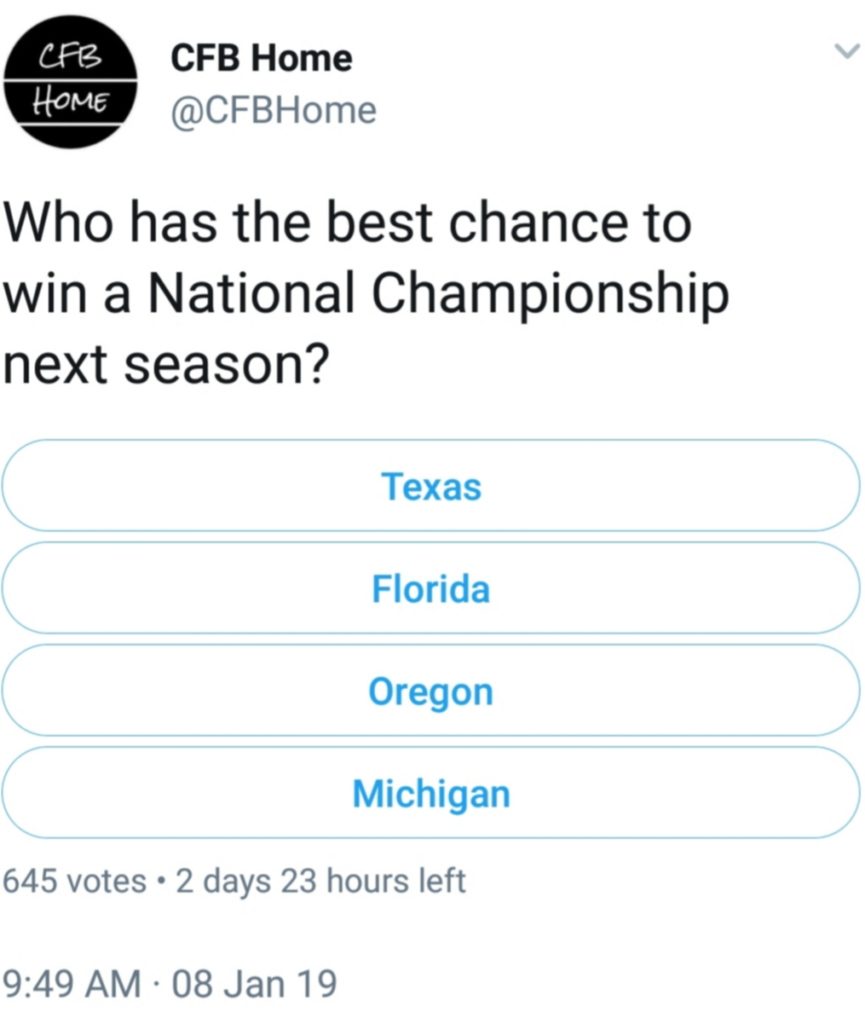 In response to a tweet by CFB Home, who has the best chance to win a National Championship next season?

Best chance at winning a National Championship out of Texas, Florida, Oregon, and Michigan. I would have to say the Texas Longhorns because out of the four mentioned, they, maybe even the Florida Gators are the only teams who ended the season with a statement proven, such as defeating the Georgia Bulldogs in the Allstate Sugar Bowl. It is hard to consider Florida a contender on a National Championship level considering that it was Michigan they defeated in the Peach Bowl, but it was a statement proven. The statement was proven against a Michigan team that looked like a totally different team going against the Ohio State Buckeyes.

On another note both Texas and Florida defeated Georgia last season, but I would give the edge to Texas for doing it for something much more prestige, such as the Allstate Sugar Bowl Championship. They also defeated a more established in the season Georgia Bulldogs in comparison, but then again who knows how much that loss against the Alabama Crimson took out of Georgia.

Both Oregon and Michigan are in the same boat as far as not being consistent enough with competing against top level teams even in their own conference, so that alone crosses them out of the picture of being considered in my book.  What do you think?