You know, the Michigan Wolverines vs Ohio State Buckeyes rivalry gets trashed every year after Michigan loses. Then built up  again going into next season when it is near time for them to play again. It is like us College football enthusiasts disregard what happened in the previous years. It is that false hope that one day the Michigan Wolverines will deliver in some shape or form. I do understand that there is a talent mismatch between the two teams which makes it impossible for it to live up to the hype.

To this day, the Michigan Wolverines have won only one of their last ten match-ups with Ohio State, so what makes you and me think that the Wolverines will deliver going into the following year. Chances are that the end result will be the same as it was the previous year, even if it slightly favors the Wolverines.

I’am actually glad that Ohio State won because Ohio State is one of the only complete teams in the Big Ten capable of competing against other teams outside of the Big Ten conference. If the Wolverines would have won, then there would not be the possibility of there being a Big Ten representative in the College football playoff. Wouldn’t you agree? 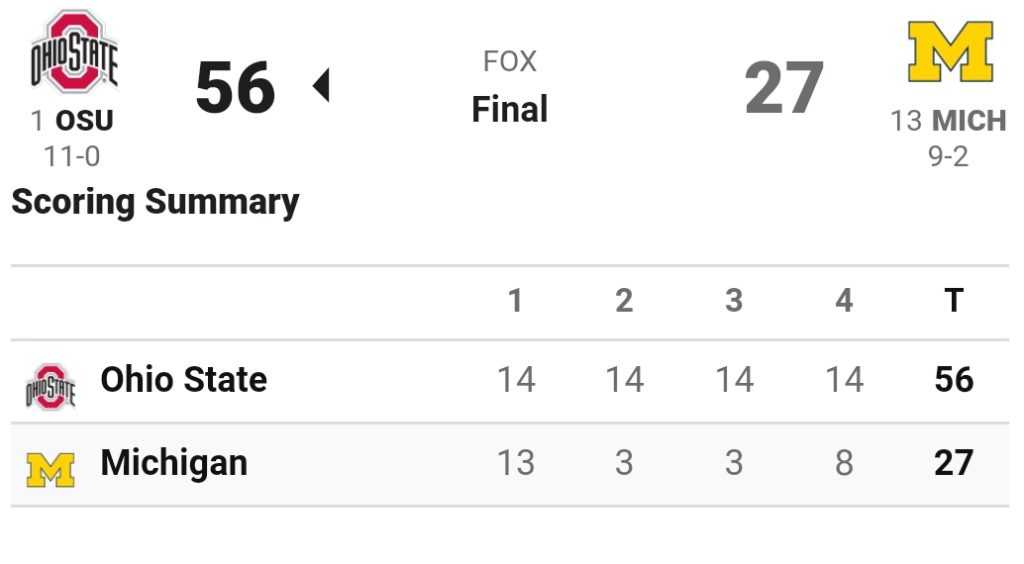