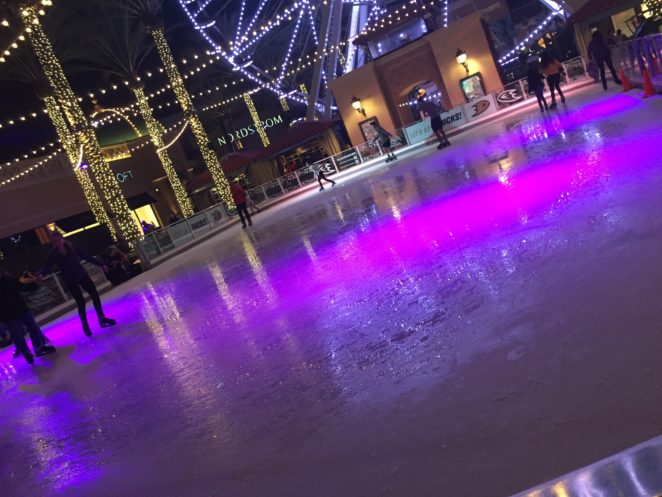 I dropped by the post office to mail a bill, before returning home to watch the recorded noon Olympic games. It is Day 5 of the Winter Olympics 2018, and at noon, where the first competition I watched was the Men’s Nordic Combined, involving ski jump and 10K race on Normal Hill K98. It looked interesting, and I was getting into this competition. Austria’s Rehrl was in first place, followed by Norway’s Riiber, Austria’s Klapfer, and Germany’s Frenzel.

After fifteen minutes of this competition, the Olympics coverage was rudely interrupted by an annoying Special Report of another teen shooter at an affluent Florida high school. I just sat there and watched because I thought it was only going to be for five minutes. But they talked about it for a whole hour, and they mostly said the same thing over and over. I really wasn’t interested. I don’t even watch mainstream news because it is so stupid. This 2-hour recording was supposed to cover the Nordic Combined and Luge competitions, in which I didn’t get to watch either. Anyway, it looked like martial law because the streets were filled with SWAT team, police, a huge ambulance, and the police or SWAT team looked more like soldiers because they uniform was olive green or khaki colored. There were a couple of olive green army jeeps, which might be SWAT team cars. I noticed them handcuffing an 18-year-old male. He was wearing a burgundy blouse and dark pants, and the color burgundy appeared to be school colors because I saw other students wearing that color blouse as they ran out of the school toward safety with their arms up in surrender pose. Sometimes, multiple shooters might sneak out with the group. So, the police made sure to check backpacks in order to for any kind of weapons. The handcuffed teen, at another area, and a group of police or SWAT team appeared be examining him, maybe taking a picture and tasering him because a huge gun was pressed to his shoulders, maybe to tranquilize him, even though he was just standing their handcuffed and he appeared to be calm. Then, put him on a huge chair-like stretcher, still handcuffed, and they strapped him down, before covering a sheet over his body. They rolled the stretched into a very huge ambulance. He looked dizzy because his head was hanging to the side. The helicopter camera even followed ambulance on the freeway toward the hospital, where the paramedics pushed the stretcher into the hospital for some kind of treatment. This drama was the 2-hour Olympic coverage I recorded, in which I had no interest in watching shooting crap. It was also noted that 14 students were wounded and taken to a hospital for treatment, as well as there were multiple deaths. But the other students that were hiding in the school were safely evacuated. Some were actually trying to get help on Twitter, talking with family while in hiding.

During Run 2, Czech’s Ledecka is in 1st place until Sweden’s Alphand gets a higher score to take over the first place position. Austria’s Haaser is in 2nd place, pushing back Norway’s Lysdahl, Liechtenstein’s Weirather, Sweden’s Alphand, and Czech’s Ledecka scores. Norway’s Haver-Loeseth is now in 1st place. Austria’s Vieth steals first place, but not for long. France’s Worley makes it into first place. Other competitors beat the last first place score, such as Germany’s Rebensburg, Norway’s Mowinckel, and then USA’s Mikaela Shiffrin. The second place score changed from Austria’s Vieth, Switzerland’s Holdener, Germany’s Rebensburg, Sweden’s Hansdotter, and then Norway’s Mowinckel. The third place position changed from Vieth to Worley to Italy’s Goggia to Sweden’s Hansdotter to Italy’s Bassino to Italy’s Brignone. Italy’s Moelgg didn’t make it into the top three. At the end of the race, USA’s Mikaela Shiffrin wins Gold, Norway’s Mowinckel wins Silver, and Italy’s Brignone wins Bronze.

Netherland’s TerMors is in first place. Japan’s Kadairo makes it to 2nd place, beating out USA’s Bower and Japan’s Takagi. Czech’s Erbanova is in 4th place, Australia’s Herzog is in 5th place, USA’s Tandima is in 7th place, USA’s Bergsma is in 8th place, and Netherland’s Leenstra is in 6th place.

Norway’s Hansson moves into 2nd place when Korea’s Yun Sung-Bin makes it to 1st place. Latvia’s Dukurs is in 3rd place, Great Britain’s Parsons is in 4th place, Ghana’s Frimpong is in 5th place. USA’s Antoine is in 8th place and USA’s Daly is in 10th place.

Men’s Downhill Skiing is said to be the fastest event in Alpine Skiing.

France’s James/Cipres performed first, receiving the score, 218.53. Italy’s Marchei/Hotarek receives a higher score, putting them in first place and France in second place. China’s Yu/Zhang skated well but the girl fell before a jump as well as the jump wasn’t complete. They received the score of 204.10, which put them in 4th place. Germany’s Savchenko/Massot moves into first place with the score of 235.90; Canada’s Duhamel/Radford makes it to second place with the score of 230.15; China’s Sui/Han makes it to second place with the score, 235.47, pushing Canada into third place. OAR’s Tarasova/Morosa looked cute and had a cute program, but the girl kept messing up, placing them in 4th place with 224.93. Germany’s Savchenko/Massot wins Gold, China’s Sui/Han wins Silver, and Canada’s Duhamel/Radford wins Bronze.

6 Snowboarders race down a hill, and the top 3 are chosen to compete in the final. In the Semifinal Heat 1, three Australians, two French, and an Austrian race, and the top three that will move on include Australia’s Pullin, Australia’s Hughes, and France’s Vaultier. In the Semifinal Heat 2, the next 6 snowboarders race down the hill. The top 3 include Spain’s Hernandez, USA’s Baumgartner, and USA’s Dierdorff. The Final top 6 raced down the hill for a medal. France’s Vaultier wins Gold, Australia’s Hughes wins Silver, and Spain’s Hernandez wins Bronze.