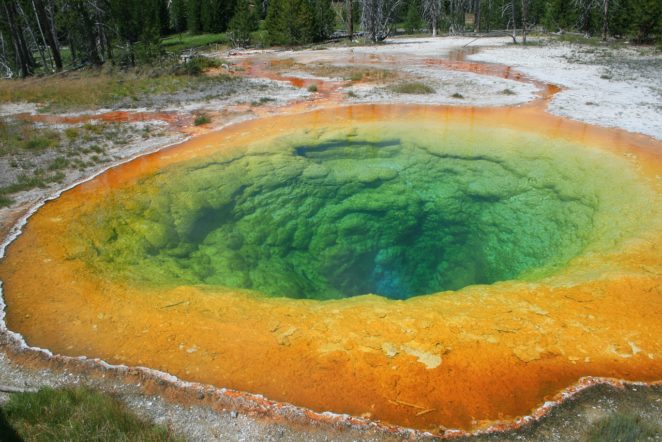 A Magnitude 4.5 earthquake has just hit Yellowstone National Park and now, NASA is flying the world’s largest airborne observatory over this super-volcano. What’s going on?

Continuous flybys of S.O.F.I.A. are taking place over Yellowstone supervolcano. The abbreviation, SOFIA, is for Stratospheric–Observatory for Infrared-Astronomy. It is the largest and most sensitive airborne observatory in the world.

NASA only launches SOFIA if it’s really important. As one spokesperson said:”This Bird of Prey doesn’t go ‘hunting’ unless there is something to hunt. They are watching something, you can bet on it!”

SOFIA’s 2.5-meter diameter infrared telescope makes it possible to perform scientific observations that are impossible for even the highest and largest ground telescopes. NASA has for several days been monitoring the sunrise/sunset, then flightradar24 shows that they are also now monitoring Yellowstone National Park.

In a press release, it was reported that the quake was at a depth of 5.8 miles. Reports were received of people feeling the tremors in the towns of West Yellowstone and also in Gardiner, Montana. “This latest earthquake is one of an energetic sequence of 72 earthquakes in the same area that began on June 12.

This latest earthquake is the largest to occur in Yellowstone National Park since March 30, 2014, when a magnitude 4.8 event occurred 29 km (18 miles to the east), near Norris Geyser Basin.

Scientists recently found a massive Lake of molten carbon, the size of Mexico under Yellowstone. The molten carbonate which sits beneath Yellowstone could potentially cause a massive eruption that would be a gigantic 2,000 times more powerful than Washington’s Mount St Helens in 1980 when 57 people were killed and which had deposited ash in 11 different states and 5 Canadian provinces.