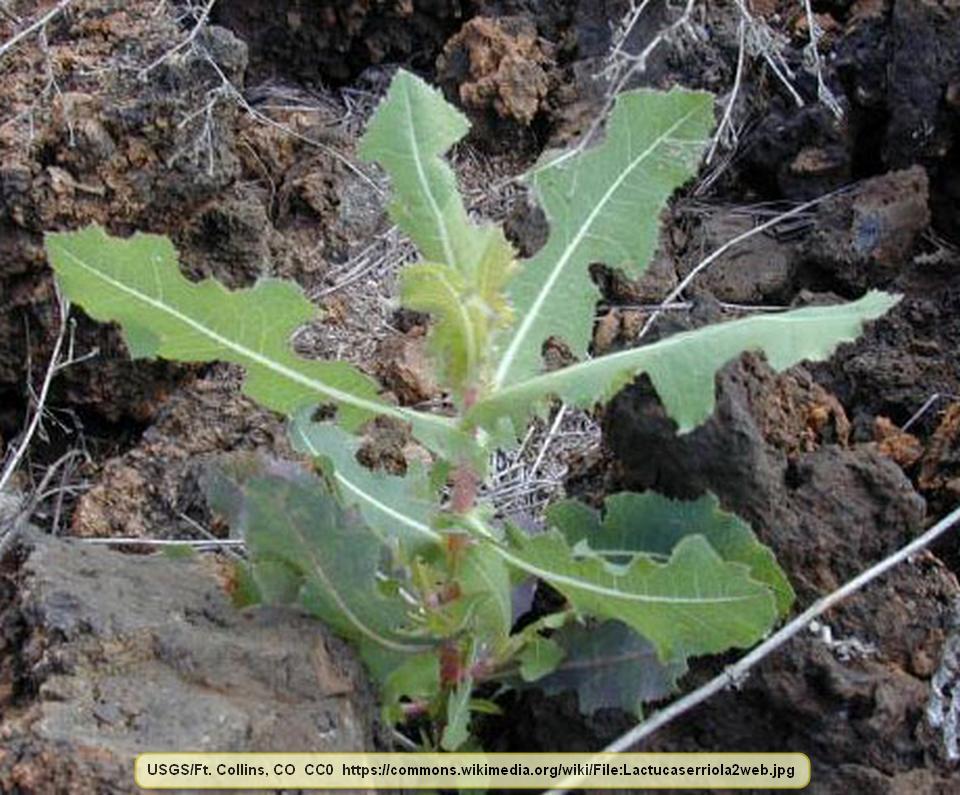 Have you ever heard of prickly lettuce? If not, there is a good chance that you’ve seen it.

Prickly lettuce (Lactuca serriola) is a tremendously common wild herb that is most often thought of as a weed. The plant is sometimes consumed as food, although the flavor is bitter, especially in older plants. Its main use is as a medicinal herb, however, caution needs to be exercised when using it because of the potency of the medicinal substances it contains.

NOTE: Prickly lettuce is being mentioned here for informational purposes only. It should only be used medicinally by an experienced herbalist or medical doctor.

The stems and midvein of the leaves of prickly lettuce are covered with small spines and this plant can grow in excess of six feet tall. The leaves are attached directly to the stem and are toothed. The largest leaves are near the bottom of the plant and they get smaller the closer to the top that they grow.

Many times, the plant looks almost two-dimensional. That is, viewed from the front or back, the plant seems broad. Viewed from the side, it looks thin. This is because the leaves tend to be all oriented in the same direction. This can be seen in this set of images: 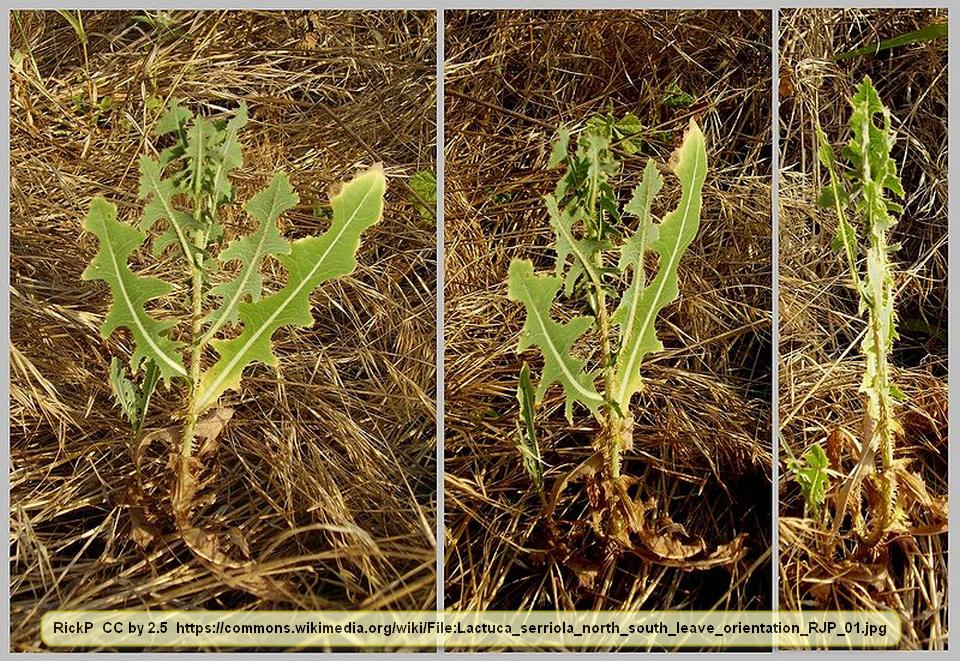 This herb is a member of the aster family, which makes them relatives of dandelions. The compound flowers look similar to those of the dandelion, except that there are usually many flowers on each stalk. The color of the flower is yellow and like dandelions, the seeds are attached to an ‘umbrella’ that allows them to be carried by the wind.

As a food, the leaves of young prickly lettuce are gathered and added to salads or are steamed and cooked as potherbs. The flavor is bitter and this is because of the quantity of milky latex sap that the plants contain.

Medically, this latex is used, and the plant juice flows freely from any wound the plant gets. This sap dries and hardens when it comes into contact with the air and the dried latex is ground into a powder for medicinal use. The sap is also the part that is bitter and young plants don’t contain as much as older plants. The active ingredient of the sap is lactucarium, hence the genus name of the herb. 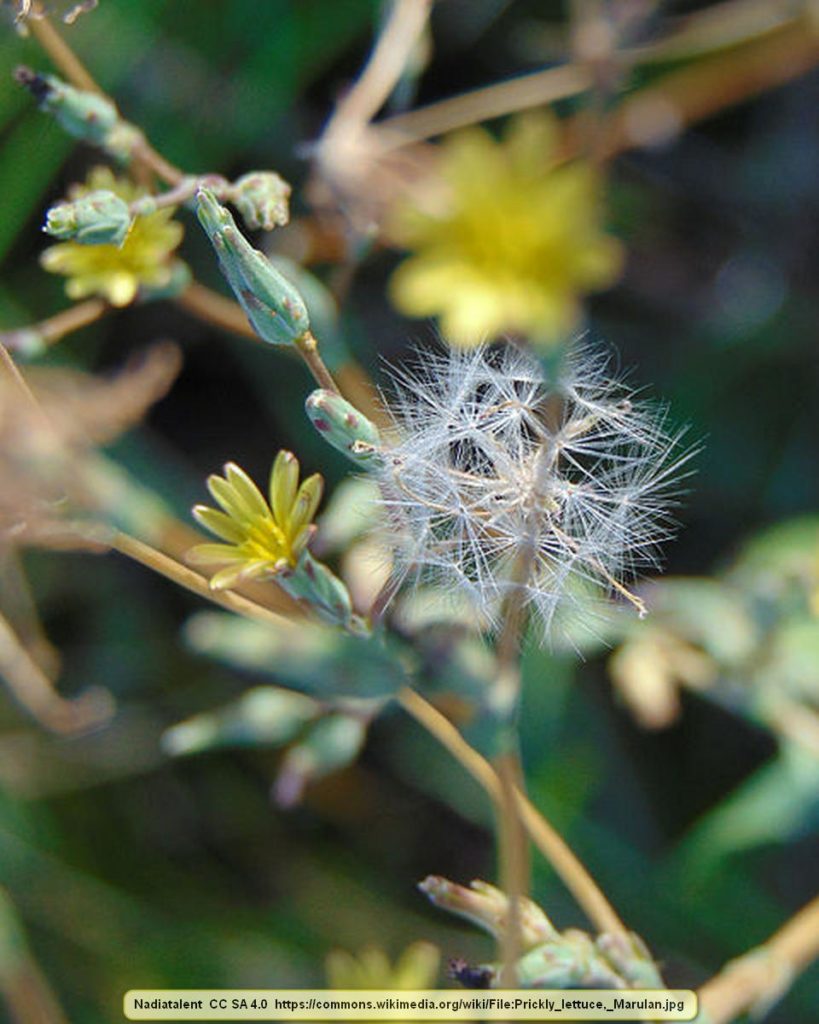 Lactucarium has diuretic, antispasmodic, hypnotic, sedative and narcotic properties. It isn’t considered to be an addictive narcotic. The main use is as a sedative and small quantities are sometimes used to treat insomnia. This substance is fast acting, however, and a large dose has the ability to paralyze the heart, causing death.

Small doses are also used to treat anxiety, muscle spasms, and hacking coughs. Additionally, it has been used to treat inflamed liver and issues with the urinary tract.

Prickly lettuce has value as a food and with enough expertise and close supervision, it is valuable medicinally. It is worthwhile to know about it and to be able to identify it on sight, however, most people would probably not enjoy the flavor except in an emergency situation. For that reason, it is a survival food, but it isn’t one of the prime ones.