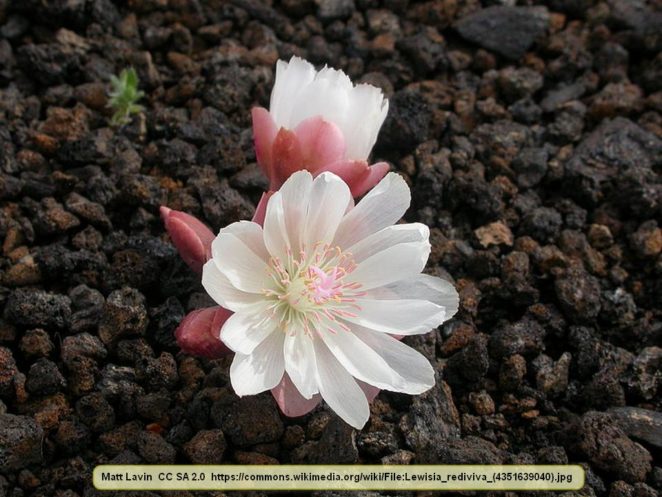 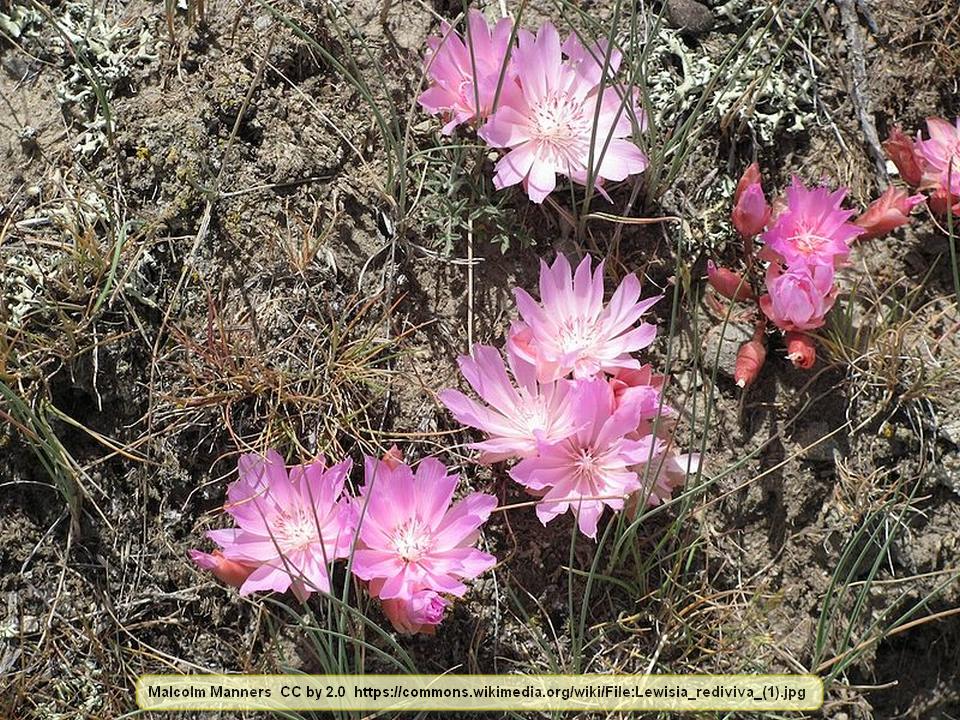 There is a very pretty plant in the western US with the scientific name Lewisia rediviva. Actually, the plant doesn’t look like much, but the lovely white to pink flowers add a splash of color to land that can otherwise look bleak and barren. A picture of some of these flowers is shown above.

The genus name of this plant is named in honor of Merriweather Lewis of the Lewis and Clark expedition. Lewis didn’t discover the plant, though. It had long been known by several American Indian tribes. These included the Shoshone, Flathead, Nez Pierce, and Kutenai tribes. In fact, this plant was once a very important food crop and it still grows wild, especially in Montana, where the blossom is officially the state flower.

This plant is more commonly known by its common name; Bitterroot. Today, a large valley that includes the city of Missoula, Montana at its northern end is called Bitterroot Valley because this plant grew and grows there. A range of mountains is also called the Bitterroot Mountains and there is a river called the Bitterroot River. Obviously, the plant was one of importance. 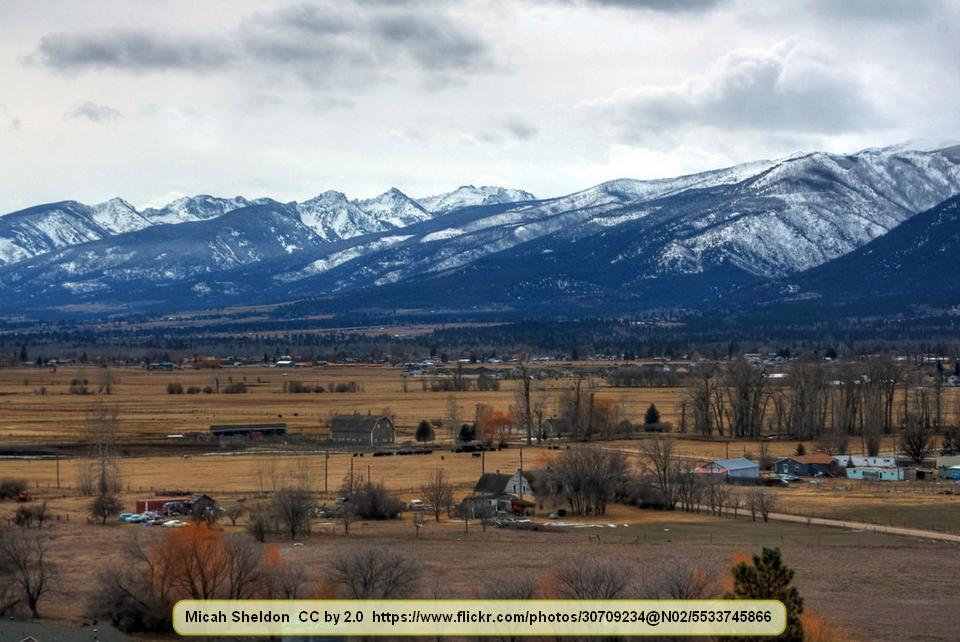 It can be mentioned that the Bitterroot Valley is sometimes mentioned in the national news because the most bitter temperatures in the state tend to be in and just east of the valley. If you hear the name, you will now know where the name came from. 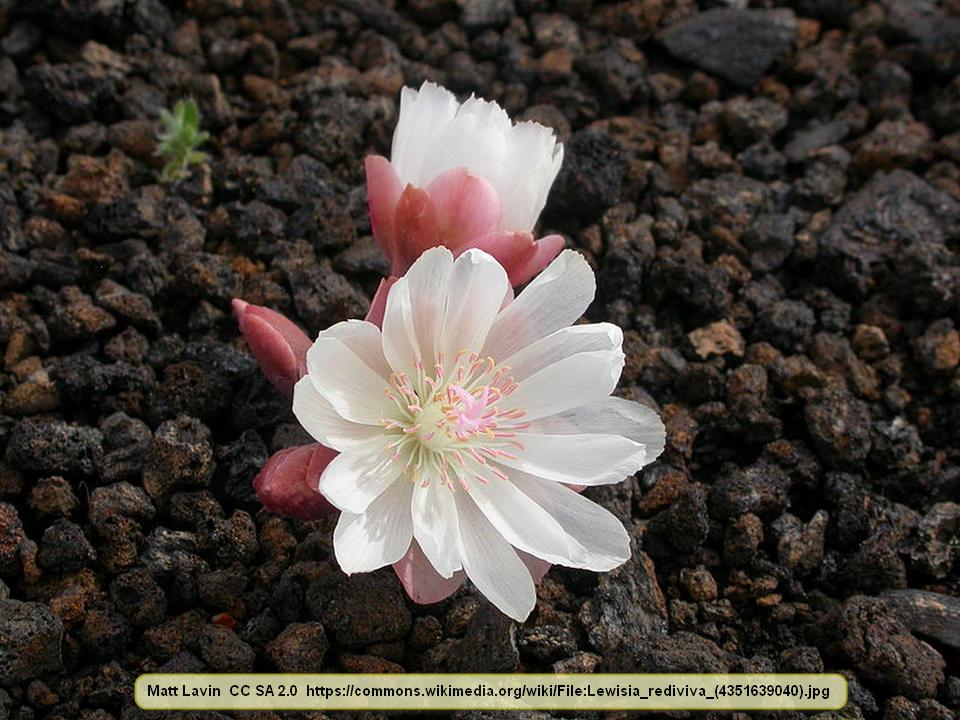 It isn’t the flowers that are eaten, though. The plant has edible tubers. The tubers can be boiled, roasted, or baked, much like other tubers can be. They can also be dried for later use and this was one of the primary uses. In fact, they can be crushed in boiling water, the pulp can be removed, and the water can be boiled out, yielding a fine flour.

The root has a bitter flavor, hence the common name. Because of this, it is often mixed with sweet fruit or meat prior to eating.

Merriweather Lewis obviously didn’t discover the plant, but he did eat it and brought some of the roots with him on the expedition. People were rather amazed by the roots. After having been out of the soil and kept dry for some years, they sprouted readily when given water. That is the reason for the species name of rediviva.

When people claim that American Indians dug and ate tubers, they are telling the truth. Bitterroot is one of the tubers they ate and these roots were an important food source. They are still an important survival food.