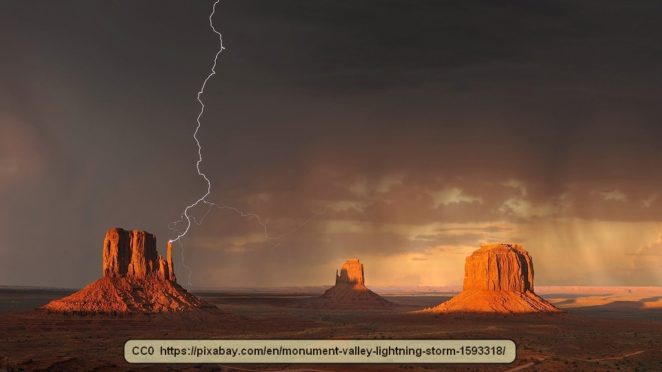 For a moment, let’s take a purely hypothetical journey. Although fictitious, this has a direct bearing on an ugly truth that you aren’t supposed to know.

Suppose that there is a well-known organization known as CMR, Center for Medical Research. (To my knowledge, no such organization exists except in this hypothetical story.)

CMR, in our story, is based in the US, but their data is shared worldwide. In fact, they are viewed as among the leading sources of medical data in the world.

One part of their research is to determine which foods and beverages are safe to consume and which are evil. The rest of the world tends to agree with CMR on a consistent basis because roughly 80% of the medical data in the world comes from CMR. In fact, a scientist who disagrees with them is seldom heard about because CMR has so much clout that scientific journals refuse to publish any papers that aren’t in agreement with CMR.

The leaders of CMR one day decide that water is an evil substance that shouldn’t be consumed. They postulate that water causes cancer. This is based on the fact that there is an increased consumption of water now as compared to a century ago. At the same time, they have evidence that shows that more people have cancer today than 100 years ago.

They launch studies to prove how vile water is and European counterparts follow suit, using data given to them by CMR. Sure enough, it is found that more people today have cancer than 100 years ago. Further, water consumption has risen even faster than expected. CMR and UN scientists immediately launch a full-scale assault on drinking water. They claim that by the year 2030, if water consumption continues at its current pace, four-fifths of the world’s population will have cancer.

Years pass as they continue with their multi-billion dollar studies and advertising campaign. CMR feels that they are making headway because they are able to convince millions of people to stop drinking water and turn to alternatives.

Then something amazing happens. Studies begin to show that cancer rates are falling. Water consumption figures are still rising and since CMR has spent hundreds of billions in an anti-water campaign, they panic.

In order to make the data fall in line with their theory and predictions, CMR republishes “adjusted” data. In other words, they homogenize the data. By diluting the pure data, the adjusted data appears to show even lower numbers of people had cancer 100 years ago and even more who have it now. They focus even more strongly on water, which people were clearly drinking before they knew it was evil. CMR ignores that fact.

They even find people, hungry for research money, who seem to back up the data. The majority of these people have no scientific degrees, but they claim to have actually witnessed that those who’ve increased the amount of water they drink have a much larger number who have cancer. Of course, no other causes of cancer have been examined and CMR purposely suppresses any data or findings that clearly show that CMR’s original hypothesis was totally incorrect. Here is the truth you aren’t supposed to know.

The above is fiction. However, this is exactly what has actually happened in regard to the global warming theory. The theory has been debunked in virtually every way and a growing number of people know now that it is a made-up farce. Yet, NASA, NOAA, and the National Science Foundation continue to cling to the disproved theory. NASA and NOAA have also been caught altering the data and homogenizing it to make it appear to be warmer today than it was a century ago. Additionally, they’ve suppressed papers and data that has shown that they are incorrect, while feeding the altered data to the UN, who still gets most of its data from NASA. If the altered data is taken as real, it does appear to show global warming. This is obviously not true ‘science’.

So what is the truth? The raw data is out there and it shows several interesting things. These deserve dedicated articles but put simply, temperatures are far cooler today than they’ve been for over 80% of the last 10,000 years.

The raw data also clearly shows that in the past century, the globe was hotter in the 1930s than at any other time, particularly in 1938, which was before man-caused carbon dioxide emissions began to rapidly grow (the upswing occurred in 1945). In that single year, 1938, four to five times more high-temperature records were shattered than in any year in the past 40 years, worldwide.

In fact, both satellite and on-the-ground measurements have shown conclusively that global temperatures have been dropping since 1998. (Note: This is from the unaltered data, not the data that continues to be altered every year.)

You are unlikely to hear the truth unless you look for it because NASA, NOAA, and NSA are still suppressing the truth and the media is loathe to print anything that goes counter to NASA, NOAA, and NSA. Thus, it is very worthwhile to look at the actual, true, raw data. After all, whether we believe the global warming hoax or not, we’ve all been impacted by it and continue to be.